Christina Hendricks might be best known for her role as Mad Men femme fatale Joan Holloway, but it turns out she had a integral role in the iconic imagery of American Beauty.

In an Instagram post shared on her personal account on Thursday, the actress shared that she used to be a model, and at times, a hand model, a gig that led her to being the hand model for the famous poster for American Beauty, which features a hand holding a red rose against a bare stomach.

In the caption to the post, Hendricks shared that the hand in the image is hers, held against another model’s stomach and that she was “proud to be a part of this film in any way!”

The post shocked the Internet, with fans and fellow celebrities like her Mad Men co-star January Jones and fashion designer Christian Siriano responding with surprise and delight in the comments of the post.

See Hendricks’ hand and the responses to the post below. 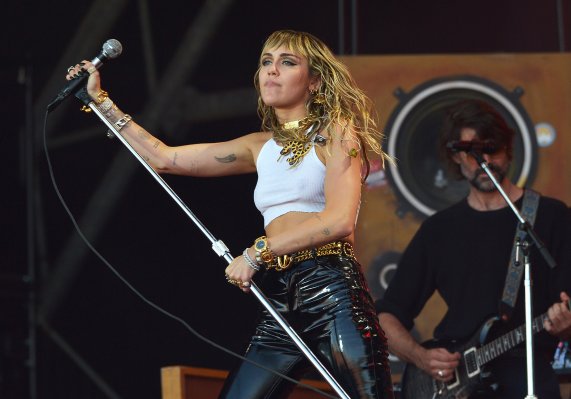 Miley Cyrus Slams Rumors About the End of Her Marriage in Twitter Thread: 'I Have Nothing to Hide'
Next Up: Editor's Pick