Blue Bell Ice Cream is seen on shelves of a grocery store prior in Overland Park, Kansas.
Jamie Squire—Getty Images
By Mahita Gajanan

Another person is in trouble with police for opening and licking a carton of Blue Bell ice cream at a Texas Walmart.

D’Adrien Anderson, 24, was arrested and held on $1,000 bond––charged with criminal mischief––after police say he posted a video online of himself licking the ice cream from the Blue Bell carton and putting it back in the freezer. The incident occurred Monday night at Walmart location in Port Arthur, the Associated Press reports.

Surveillance cameras later tracked Anderson taking the carton out of the freezer and buying it, authorities said.

Charges against Anderson were pursued because of monetary losses, Jefferson County District Attorney Bob Wortham said. Wortham told KDFM the Walmart lost money in replacing the ice cream and also cited the cost of the police investigation into the matter.

“This guy loves publicity even if it’s for the wrong reason,” Wortham said, according to KDFM. “This can lead to bigger and worse things. If we’re going to save this guy, we have to do it with this case or he’s over the hill.”

The ice cream incident follows a similar one that occurred in July, when a girl went viral after a video of her licking the top of an open container of Blue Bell’s Tin Roof ice cream surfaced online. That video clip caused a national outcry, with some Walmart stores posting guards in the ice cream aisle. Police later tracked down the girl in the video, who they said is under 17. 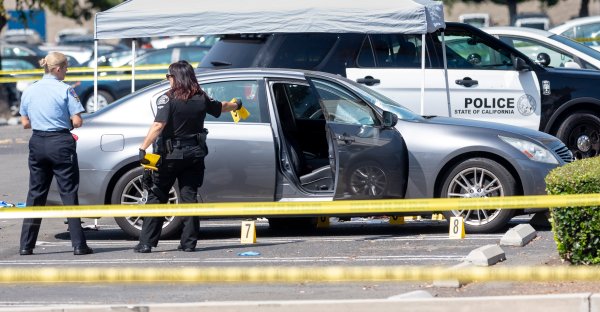