After an Atlanta Hyatt Housekeeper Reported a Flasher, the Man Died in a Fall Trying to Escape Hotel Security

A man has died after falling from a balcony on the 10th story of the Hyatt Regency Atlanta hotel. He was trying to escape hotel security after allegedly exposing himself to a housekeeper, the Atlanta Police Department says.

Atlanta Police Department (APD) Investigator James White tells TIME in a statement that a housekeeper informed hotel security that a man had exposed himself early Monday afternoon. When hotel security attempted to confront the man, he ran and tried to jump from one balcony in the interior of the hotel to another — but fell, landing in the hotel’s lobby area. He died on the scene.

White says the death appears to be an accident and does not expect that criminal charges will be filed. The man’s identify has not been released.

“The safety and security of our guests and colleagues is a top priority at Hyatt Regency Atlanta,” said Peter McMahon, Hyatt Regency Atlanta General Manager, in a statement to TIME. “We are saddened by the unsettling event that occurred at our hotel, and our thoughts go out to all who have been affected. We are assisting the authorities investigating the matter.” 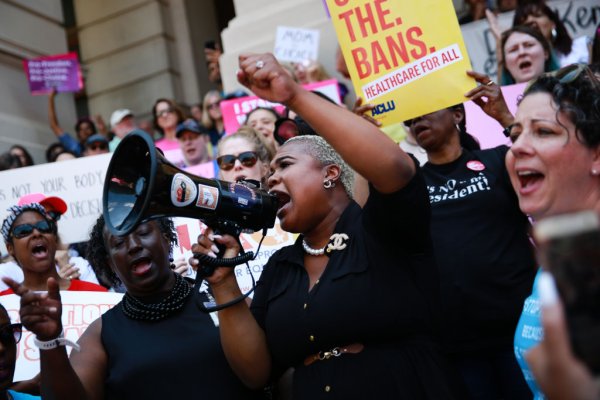 Black Lawmaker Says Man Told Her to 'Go Back'
Next Up: Editor's Pick