The Manhattan Project Beer Company, a Texas-based craft beer company, was called out for insensitivity this week by Pacific Islanders and the Marshall Islands government for naming one of its beers after the Bikini Atoll, a site of extensive U.S. nuclear testing.

Between 1946 and 1958, the U.S. relocated Bikini Atoll’s residents before detonating 23 atomic and hydrogen bombs on the islands. The testing on Bikini Atoll had blasts that were 1000 times more powerful than the bombing that took place in Hiroshima and Nagasaki in 1945, the consequences of which are still being felt today.

Bikinians were allowed to return to their home in 1969, but were subsequently evacuated in 1978 due to high levels of radiation. To this day, they are still displaced from their ancestral home, since the atoll is still uninhabitable. A study from the Center for Nuclear Studies at Columbia University found that radiation levels on parts of the Marshall Islands far exceeded that of Chernobyl and Fukushima. Marshall Islanders still experience levels of radiation that have led to many health issues like cancer and birth defects.

Many online took issue with the seemingly glib use of a horrific — and ongoing – trauma to sell beer, with some even going so far as to compare the naming of the beer after Bikini Atoll to other fatal incidents like the September 11 attacks. There have been calls to boycott the brand and a petition for grocery stores to stop carrying the beer.

Following the backlash online, the Manhattan Project released a statement via social media saying that the beer was not meant “to mock or trivialize the nuclear testing that took place in the Marshall Islands.” The company, which takes its name from the WWII research and development project that produced the first nuclear weapons and has named other beers “Necessary Evil” and “Plutonium-239,” noted that they would take “no further action in this matter.”

Subsequently, Jack Niedenthal, the Republic of the Marshall Islands’ secretary of health and human services released an official statement addressed to the Manhattan Project, calling their use of Bikini Atoll to make money, “unacceptable.”

In the statement, Niedenthal notes the high cancer rates and health issues suffered by Bikinians, while also noting the cultural losses including displacement and ravishing of a land that was considered sacred by its people.

“On their behalf, and on behalf of the people of the Marshall Islands, I highly encourage you to discard this ill-conceived product forever, and moreover, I believe you need to issue a public apology to our people,” he wrote. 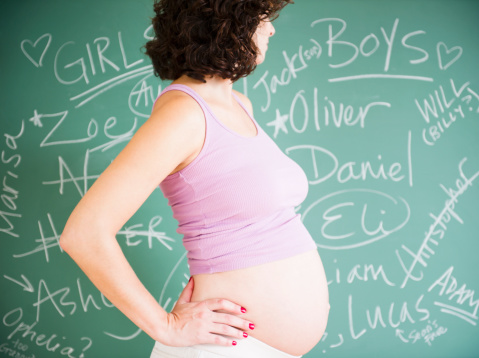 Endlessly Enjoyable Thread Helps You Figure Out How a Mom With a Unique Baby Name Would Spell Your Name
Next Up: Editor's Pick