Google celebrates what would have been Ignacio Anaya García's 124th birthday on Aug. 15, 2019.
Google
By Julia Webster

Ignacio Anaya García invented one of the world’s all-time favorite snacks pretty much by accident. Nachos, a combination of chips with melted cheese and other goodies, were originally called “Nachos especiales”––”Nacho” being a common abbreviation for Ignacio.

According to Google, it was in 1943 when García, who was then working at a popular restaurant in the border town of Piedras Negras, came up with the dish when he improvised a snack for his customers.

A group of wives of soldiers from the nearby Eagle Pass Army Airbase came into the Club Victoria, where García worked, asking for something to eat. The legend goes that García, who was a maître d’, was unable to find a chef, so he had to quickly put together a tasty dish himself.

People raved about the “Nachos especiales,” which were added to the Club Victoria menu soon after. They first appeared in an American cookbook in 1949, according to Google. It is believed García opened his own restaurant “El Nacho” in 1960. In 1976, Arlington Stadium in Texas quickly popularized liquid nacho cheese sauce, which has since become a staple of the dish.

Every October, the International Nacho Festival takes place in Piedras Negras, with a carnival parade and nacho-making competitions. The International Day of the Nacho on Oct. 21 is celebrated all over the world.

While nachos are well-known, most people are not familiar with García’s story. “There isn’t a whole lot of information on Ignacio,” Alfonso de Anada, the doodle’s Mexico City-based artist, told Google. “So I shifted my focus on the dish itself. My approach was very straightforward; imagining Ignacio making his first place of nachos while implicitly communicating a sense of fun.”

“I hope people get an instant crave for the snack after they see the Doodle,” De Anada added. “I hope that they instantly drop whatever it is they’re doing and satisfy that craving.”

The original version of this story misspelled the name of the town where Ignacio Anaya García invented nachos. It is Piedras Negras, not Pedras Negras. 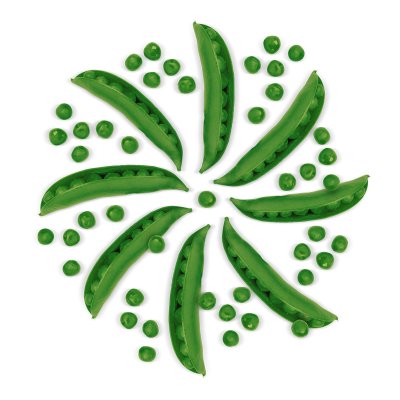 The Rise of the Pea: How an Unassuming Legume Emerged as a Frontrunner in the Race to Replace Meat and Dairy
Next Up: Editor's Pick