For many of Dr. Google’s most anxious patients–the ones who consult WebMD’s Symptom Checker more often than the weather report–Lisa Sanders is a household name. A physician and author based at the Yale School of Medicine, Dr. Sanders has been writing a column called “Diagnosis” for the New York Times Magazine since 2002. Each edition follows a patient with a mysterious ailment from desperation to, yes, diagnosis, like a whodunit where the culprit lurks somewhere beneath the skin of a victim who can almost always be saved. These doctor-as-detective stories provided the basis for Fox’s House.

Sanders’ oeuvre takes a new form on Aug. 16 with the Netflix docuseries Diagnosis, a more straightforward adaptation of her column. In place of Hugh Laurie’s misanthropic Dr. House, with his prickly bedside manner, we get the reporter herself, a keen-eyed and empathetic interlocutor who seeks answers for some of America’s most perplexing patients. More than the comforts of a tidy procedural, each episode offers a moving case study of a life derailed by an affliction that has doctors stumped. What unites these very different patients from across the country, many of them kids or young adults, is an urgent need for health care more thoughtful and intensive than what is currently available to them.

By the time we meet each patient, they’ve exhausted all local resources; some have even sought help at prestigious university hospitals or the Mayo Clinic. Precocious 7-year-old Sadie suffers from frequent, unexplained seizures. Matt has put his college career on hold because of fainting spells during which his heart actually stops. After combing her subjects’ medical records and conducting extensive interviews with them and their families, Sanders writes up their stories and posts them online. Videos proposing diagnoses pour in from health care workers, researchers and other patients around the globe. New physicians get involved, new leads emerge, and new tests are performed.

This isn’t an aesthetically pleasing show. Occasional surgery footage aside, there’s quite a bit of blurry web video. But the wisdom of this compassionate crowd could almost restore your faith in the fundamental goodness of the Internet. (TNT’s Chasing the Cure, a reality series with a similar premise, inspires less optimism. Its live episodes, hosted by Ann Curry, have an exploitative, game-show feel, building suspense around diagnoses patients react to in real time.)

Voices from across the political spectrum like to boast about the quality of coverage their health care solution would provide. In April, President Trump tweeted a vow that “the Republican Party will be known as the Party of Great HealtCare [sic].” Centrist Democrats counter progressives’ support for Medicare for All with the insistence that people who like their private insurance plans should be allowed to keep them.

Yet amid all this bluster, there’s been frustratingly little talk about what desirable health care actually looks like. A godsend for its subjects and a compelling watch, Diagnosis serves the greater purpose of contrasting the limited care so many Americans receive with the inspiring outcomes of tireless, personalized searches for answers. In one case, doctors in Italy–where health care is publicly funded–perform expensive tests at no cost to the patient. We see how distracted or overworked providers can undermine families’ trust in the profession and how breadwinners can get hit with the double whammy of astronomical medical bills and long absences from work. Sanders encounters obstacles at government agencies like the VA and NIH–but in her role as de facto case manager, she never lets patients fall through the cracks.

Diagnosis isn’t magic. Episodes rarely end in a cut-and-dried cure. But their outcomes are extraordinary enough to feel miraculous nonetheless. 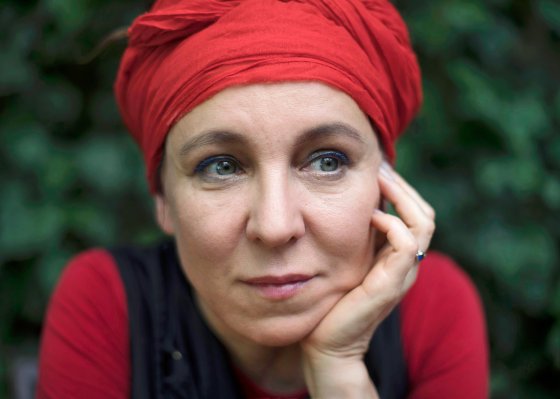 Horoscopes Help Solve Homicides in a Thrilling Murder Mystery
Next Up: Editor's Pick