By Josiah Bates and Jamie Ducharme

Philadelphia’s top two law enforcement officials personally helped negotiate the surrender of a man armed with an assault rifle suspected of shooting and wounding six police officers during an hours-long standoff on Wednesday.

The shooting began after officers served a narcotics arrest warrant at a home near 3700 N. 15th Street around 4:30 p.m., according to Philadelphia police Sgt. Eric Gripp. The operation “went awry almost immediately.” Philadelphia Mayor Jim Kenny said Thursday that the officers were brave and “running towards heavy gunfire” and that their “training and ability was unmatched.”

Krasner said Hill expressed concerns over the phone that he would be killed when he came out or would be killed in the future. According to Krasner, Hill spoke in a very “animated, excited and frankly dangerous state,” and everyone on the call was doing what they could to bring Hill to a calmer place and “to a rational position.”

When asked if it was a conflict for Hill to speak to someone who will eventually prosecute him, Krasner said all he did was answer a call from Johnson, whom he worked with previously, but did not know it was regarding Hill or who Hill was prior to the call. Krasner defended the unusual negotiation tactics, saying that the rules of engagement are not always ordinary, but that he was satisfied with the outcome.

Gripp confirmed the suspect was in custody just after midnight Thursday morning and said S.W.A.T. teams were continuing to clear the area.

Here’s what to know about the shooting and stand-off in Philadelphia.

How many officers were injured?

Six officers were sent to area hospitals with non-life threatening injuries, and were released later in the evening, Gripp said on Twitter. A bullet grazed at least one officer’s head, according to the Philadelphia Inquirer, and others were shot in the arms and legs.

When the shooting began, some officers “had to escape through windows and doors to get [away] from a barrage of bullets,” Ross told the AP. As gunfire continued both in and outside the house, scores of police officers and a S.W.A.T team responded to the scene, according to the Inquirer. Institutions across North Philadelphia’s Nicetown-Tioga neighborhood, where the shooting took place, took precautions, and the nearby Temple University Health and Sciences Center Campus went into lockdown. Two neighborhood daycare centers evacuated, according to the Washington Post.

Two officers remained trapped inside the house until about 10 p.m. According to Ross, those officers told other police who were trying to help them not to come inside.

“Think about what it takes to do that. To know that you’re trapped in the building yourself,” Ross said at a Thursday press conference. “Your natural inclination is to say ‘help come get me’ but they did the opposite.”

The officers were eventually rescued by a S.W.A.T unit. They, along with three people in the house who police had taken into custody before the shooting, remained safe.

“That was an incident unlike anything I’ve seen in my 36 years,” Ross said. “Fortunately they’re (officers) all okay.”

According to Krasner, Hill has a lengthy criminal record, dating back to the early 2000s up to 2012. Krasner said Hill’s most recent case is a 2012 federal conviction and that Hill was under federal supervision up until 2016. However, there were no new criminal matters against Hill during Krasner’s administration, which began in January 2018.

The DA said federal and state authorities are collaborating on the investigation, which is ongoing. No charges have been brought yet but Krasner said it was “obvious” Hill would be charged with attempted murder, aggravated assault in the first degree, serious firearm charges, possible drug charges, and conspiracy charges that possibly encompasses more than one day.

Hill emerged from the house around midnight, after police fired tear gas into the house, according to media reports.

While the incident began after police served a narcotics arrest warrant, Hill’s former lawyer, Shaka Johnson, told CBS Philly that his motive was unclear. Johnson also said he did not know if Hill was the target of the original arrest warrant. He said Hill called him while barricaded inside the house, though it is unclear whether he will represent him moving forward.

“There will be a lot of charges, more than enough charges that he may never exit jail,” Krasner said.

What was the response from officials?

Pennsylvania Gov. Tom Wolf also spoke at the press conference Thursday, calling for an end to gun violence and said that Friday he will formally announce executive actions that he will take to get guns out of the hands of criminal.

“There are a lot of things that we need to do to address all of the issues that face people in places like Philadelphia,” Wolf said. “We’ve got to start with figuring out ways of getting guns out of the hands of people like the jerk who shot six officers yesterday.”

Philadelphia Mayor Jim Kenney said at a press conference that he spoke with the six officers who were injured and said they are in good spirits.

“I’m a little angry about someone having all that weaponry, all that fire power, but we’ll get to that another day,” Kenney said.

President Trump tweeted that the suspected shooter “should not have been allowed to be on the streets.”

U.S. Attorney William McSwain, a Trump appointee, released a statement that first praised the officers for their heroism, but proceeded to criticize Krasner for what he called “a new culture of disrespect for law enforcement.”

“We’ve now endured over a year and half of the worst kinds of slander against law enforcement – the DA routinely calls police and prosecutors corrupt and racist, even ‘war criminals’ that he compares to Nazis.”

Write to Josiah Bates at josiah.bates@time.com and Jamie Ducharme at jamie.ducharme@time.com. 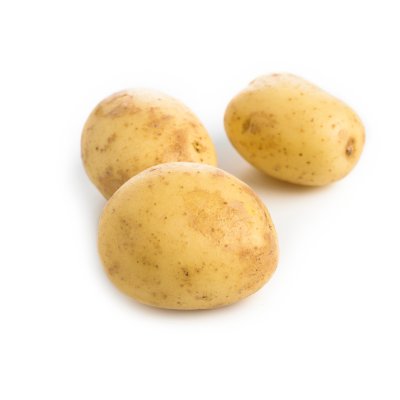