A$AP Rocky's Guilty Verdict Doesn't Bar Him From Returning to Sweden, Says Judge Who Convicted Him

A Swedish court convicted A$AP Rocky of assault on Wednesday and the judge who convicted him says the guilty verdict does not bar the New York-born rapper from returning to Sweden.

“The court has not decided on any repercussions of that nature,” Per Lennerbrant, the senior judge in the case, tells TIME.

A$AP Rocky will not face any prison time as a result of the verdict but said in an Instagram post that he is still “disappointed by today’s verdict.”

With the conviction, Sweden’s judiciary appears to have successfully resisted pressure from a flood of American politicians and celebrities, including President Donald Trump and Kim Kardashian, who advocated on the rapper’s behalf.

“It’s clear that the Swedish justice system… they were not affected by all the political pressure.” says Dennis Martinsson, a senior law lecturer at Stockholm University.

Martinsson says the court laid out a transparent and reasonable ruling in the case. He adds that the mostly muted American response to the verdict could be telling.

“Even though there was some political involvement up to the trial, I think that side has cooled off a bit,” Martinsson says. “That’s a sign of, ‘OK we acknowledge this is in the hands of the court.’

Although A$AP Rocky should be able to return to Sweden, whether he would want to return is a different matter.

After his arrest, some artists, including Tyler, the Creator, Schoolboy Q and T.I., pledged to boycott Sweden.

A$AP Rocky returned to the U.S. after being released from a Swedish jail on Aug. 2. He performed at a festival in California on Sunday—his first show since his arrest. He told the audience, “I’m so happy to be here right now. That was a scary, humbling experience.” Someone can be heard shouting “Free A$AP” in the background.

The rapper was detained for more than a month before going on trial on an assault charge. He claimed self-defense in a street fight in Stockholm, testifying that he did everything possible to avoid conflict.

The court was not convinced.

The Grammy-nominated rapper and the two other members of his entourage, who were also convicted of assault, “were not in a situation where they were entitled to use violence in self-defense,” according to a statement from the court on Wednesday.

Prosecutors had successfully proven that the defendants “assaulted the victim by hitting and kicking him as he lay on the ground” and A$AP Rocky, in particular, had “thrown the victim to the ground and stepped on his arm,” according to the court’s statement.

The scuffle in Stockholm escalated into an international incident over the last two months, with Trump tweeting that he was “very disappointed” Sweden’s Prime Minister Stefan Löfven refused his personal request to secure bail and help free the New York-born rapper.

However, Sweden does not have a bail system and the country’s constitution forbids the prime minister, or any government minister, from trying to intervene in a legal case.

American interest in the trial was even enough that Trump’s special envoy for hostage affairs, Robert C. O’Brien, was in the Swedish courtroom during A$AP Rocky’s trial and told the New York Times that, “The President asked me to come here and support these American citizens.”

Per the verdict, A$AP Rocky and two members of his entourage were ordered to pay a total of about $1,300 in damages to the victim, 19-year-old Mustafa Jafari, who was born in Afghanistan. The defense had previously asked for almost $15,000. They also must repay legal fees incurred by Jafari and the state.

The court did not any issue additional fines to the trio because of “the time the defendants spent in detention before the trial.”

Although Jafari claimed that he had been struck with a glass bottle in the back of his head and the court acknowledged that he had received cuts on his arm, the court could not come to a consensus on the issue, saying in a statement that “the evidence points in different directions.”

As a result of prosecutors being unable to prove that Jafari was assaulted with a bottle, the court found the crime to be less serious, Lennerbrant, the judge, says.

Prosecutors had asked the court to give A$AP Rocky a sentence of at least six months in prison. The maximum sentence for assault in Sweden is two years.

The rapper’s lawyer, Slobodan Jovicic, said Wednesday that he was “disappointed” by the court’s decision, saying he had wanted a “complete acquittal,” the Associated Press reported.

A$AP Rocky can still appeal the ruling and has three weeks to decide whether he wants to do so, according to Martinsson, the Swedish law professor.

Martinsson adds that he is not surprised by the court’s conclusion that “this was not a case of self defense” because” A$AP Rocky and the two members of his entourage “were not attacked physically before they started using violence themselves.”

While the rapper was eventually convicted, Martinsson believes the final verdict could have been worse for him.

“The clear winner is the prosecutor because the court still found [A$AP Rocky and his entourage] guilty,” Martinsson says. “It’s not an outcome that defense attorneys wanted to see but on the other hand they were given the mildest possible sentence for these crimes.” 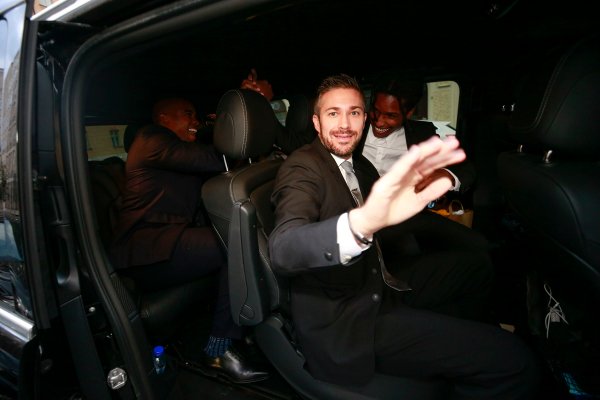 A$AP Rocky Lands Back in U.S. After Sweden Trial Ends
Next Up: Editor's Pick