The latest installment of Avengers playing on a computer screen near you might make you crave tacos for lunch.

An advertisement for Takesabroso, a restaurant in Boca del Río, Mexico, has gone viral thanks to some eye-catching video editing skills.

The video opens with the penultimate Avengers: Endgame scene in which (spoiler alert) intergalactic super-villain Thanos tries to eliminate half of the universe.

“I am inevitable,” Josh Brolin’s character says in the Marvel movie, before he snaps his hand full of what he believes to be infinity stones. “Yo soy inevitable,” says Thanos in the Spanish-language version of the scene.

But in the Takesabroso ad, in lieu of Iron Man (Robert Downey Jr.) and the Avengers squad trying to save the day, it’s the owner of Takesabroso, Luis Vazquez. “Yo soy Takesabroso,” he says, before snapping his fingers to reveal some of the restaurant’s delicious menu items.

As the video rolls footage of tacos and meat, a Thanos gif dances like nobody’s watching on the lower left-hand corner of the screen.

The video was edited by Jorge Lajud of Veracruz.

Twitter user @goingonajournie posted the commercial early Tuesday morning, and it’s garnered more than 800,000 views in less than one day.

The commercial first gained traction when Takesabroso it to Facebook on Aug. 2. “Yo soy Takesabroso,” the video is entitled, with no caption. The line translates to “I am Takesabroso” in English.

It’s not this restaurant’s first venture with editing its advertising using clips from movies and adding a silly flair. A previous video on Takesbroso’s Facebook page last month included a scene from Venom, so it’s safe to say the restaurant is run by some serious Marvel fans.

Disney is releasing Avengers: Endgame, the final movie of the Avengers franchise and the highest grossing film of all time, digitally and on Blu-ray and DVD on Tuesday. 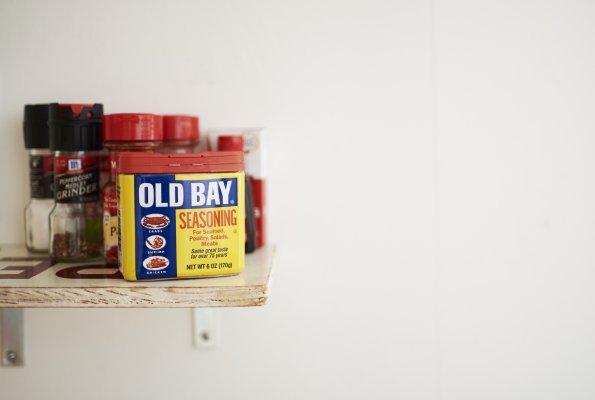 Woman Who Went Viral for Naming Her Wi-Fi 'Old Bay Seasoning' Explains Her Spicy Choice
Next Up: Editor's Pick