Friend of Dayton Shooter, Who Purchased Weapon Accessories For Him, Charged With Lying on Federal Firearms Form

People congregate around a memorial to those killed in a mass shooting on August 06, 2019 in Dayton, Ohio. Nine people were killed and another 27 injured when a gunman identified as 24-year-old Connor Betts opened fire with a AR-15 style rifle in the popular entertainment district.
Scott Olson—Getty Images
By Josiah Bates

A friend of Dayton shooter has been charged with lying on federal firearms forms, the Department of Justice announced at a press conference on Monday.

The man in question, Ethan Kollie, 24, allegedly bought body armor, an AR-15 accessory and a 100 round drum magazine for the shooter in May, the Department of Justice said.

Authorities added that they have no reason to believe that Kollie was aware of what the shooter, Connor Betts, was planning — Kollie had indicated that Betts asked him to buy the items because he wanted to hide them from his parents, according to U.S. Attorney for the Southern District of Ohio Ben Glassman.

“Mr Kollie does not stand accused of intentionally participating in the planning of the shooting. We have no evidence of that,” Glassman said at the press conference.

According to Glassman, Kollie was interviewed by authorities on Aug. 4. At that time, he told them that he purchased the items for Betts. While speaking with Kollie, FBI agents noticed a bong and a pistol in his home. They also smelled marijuana, Glassman said.

FBI agents spoke with Kollie again on Aug. 8, when he told them that he had taken “hard drugs” with Betts “four or five times” weekly for a number of years. He also told the agents that he had smoked marijuana almost daily over a period of 10 years.

The FBI then sourced a copy of the ATF form that Kollie filled out to purchase the pistol that the agents saw in his home. Kollie indicated on this form that he did not use any narcotic drugs.

“Anyone who is discovered to have any criminal culpability for any act that ultimately is discovered through the investigation or contributed in anyway to the events on August 4th is going to be held criminally responsible,” Glassman said.

These charges come just a week after Connor Betts killed nine people in just 32 seconds in downtown Dayton. He was shot and killed by police moments before entering a bar packed with people, many of whom had taken shelter from the street.

At a press conference last week, Dayton Police Chief Richard Biehl announced that evidence obtained on the shooter revealed he had possible violent ideologies. “The materials reviewed thus far reveal that the individual had a history of obsession with violent ideations, which include mass shootings and expressed a desire to commit a mass shooting.” Biehl said.

Kollie is facing up to 15 years in prison. 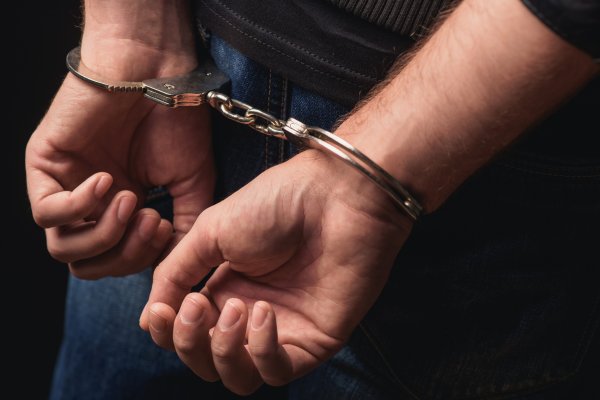