Wolfenstein: Youngblood Review: Grab a Pal and Fight Some Nazis

I overextended myself, something I tend to do in these kinds of games. My friend and I had a simple mission: traverse a zeppelin and take down a Nazi general. My buddy was good at fighting from a distance, while I could cloak to get in close without raising alarms. But I had gone too far behind enemy lines, underestimated the amount of Nazis on the blimp, and gone down. As I crawled towards my partner, he unleashed hell, then grabbed me by the arm and brought me back into the fight. I hid behind a wall, turned my cloak back on, and worked my way back into the Nazi’s backline while my partner distracted them.

This is Wolfenstein: Youngblood, a new first-person shooter for the PlayStation 4, Xbox One, Nintendo Switch, and PC. Sometimes you just want to play a game with a friend without having to think about anything too hard. If that’s what you need right now, then Wolfenstein: Youngblood is here for you. This is a game about dropping into an open-world Paris with a friend and shooting a bunch of Nazis. There’s not much more to it than that, and that’s just fine.

Players control Jes and Soph Blazkowicz, daughters of longtime Wolfenstein hero BJ Blazkowicz. When pappa goes missing in Nazi-occupied Paris, the teenage sisters decide to rescue him. To find BJ, me and a buddy spent eight hours exploring the city, taking missions and completing objectives in a series of semi-open zones with waves of constantly spawning enemies. This is Wolfenstein by way of looter-shooters like Destiny 2, but without the loot.

As the game progressed, my friend and I leveled up our characters and expanded their powers. I focused on stealth, putting points into a cloaking ability that let me chain stealth attacks and do massive damage by throwing daggers. My friend took abilities that let him literally run through enemies and stomp on them from above. As we improved, so did our enemies. They got more armor, flamethrowers, and even robotic allies that gave us trouble the longer we lingered looking for pappa.

The third game in the modern Wolfenstein franchise, Youngblood is plenty of fun, but doesn’t stack up to the rest. In Wolfenstein: The New Order and Wolfenstein: The New Colossus, players followed the story of Blazkowicz, a World War II-era soldier knocked out during a mission who wakes up in a world where the Nazis won the war. The games are solid shooters with incredible stories that, unlike most video games with Nazi bad guys, put fascist ideology front and center. Blazkowicz confronted not only fascist soldiers, but their ideas, too. Wolfenstein’s Nazis aren’t just faceless troops of an evil empire bent on world domination, but the violent extension of toxic political ideas. The New Order set one of its missions in a concentration camp. The New Colossus challenged America’s racist history with nuance and care.

But Wolfenstein: Youngblood tosses all that worldbuilding aside in favor of a run-and-gun co-op experience. It works, but I wish Youngblood had taken a few more cues from its predecessors’ stories.

Protagonists Jes and Soph are charmingly dumb and crass. They’re teenagers, after all. Developer Arkane nailed the intimate, good-natured rivalry and love between siblings. One moment, Jes is cheering Soph on as the Nazis fall, and the next Soph is flipping Jes off while giggling as the pair wait in an elevator. They also have distinct personalities. Blonde Soph is rash and hot-tempered with a distinct guffaw that sounds like that of a college frat boy. Dark haired Jes is even tempered and sneaky, often harassing her sister and winding her up before a fight.

The small, often brief, moments of interaction between the two during combat go a long way to breathing life into Youngblood. For example, both sisters love the book series Arthur & Kenneth—a Hard Boys knock off—and constantly reference the plots and characters during their adventure. It’s the kind of sisterly shorthand instantly recognizable to anyone with siblings, part of the shared language that comes from growing up with a person, that makes Jes and Soph more than just two more faceless protagonists in another shooter.

Youngblood demands to be played with a friend — it’s just not as much fun solo, in part because the AI controlling your sibling partner isn’t very smart. When the enemies hit hard and I needed my sister to rescue me from firefights, a computer-controlled partner typically left me to die instead of trying to rescue me.

But playing with a friend is a blast, and publisher Bethesda seems to know this, if the pricing is any hint. Most new games cost $60, but Bethesda is selling Youngblood for $30. And for $40, players can buy a deluxe edition that lets them invite friends who don’t own the game to play alongside them. It’s a smart move.

Less smart are the game’s microtransactions and endgame.

There’s a wealth of upgrades in Youngblood, from ability and weapon upgrades to cosmetics that change the way your character looks. Nazis drop generous amounts of money, but players can also spend real dollars to buy cosmetics for Jes and Soph. I never felt pressured to do this, and the microtransactions are only for aesthetic purchases, but they’re still there, an ever-present reminder of one of gaming’s less pleasant trends.

Then there’s the endgame. After the credits roll on the story, players can keep returning to the Parisian Catacombs and taking missions to fight increasingly difficult waves of Nazis. The problem is, at that point, there’s not enough to keep a player interested. Unlike a traditional loot-shooter like Borderlands 2 or Destiny 2, there are no randomly generated items. There’s a new power that unlocks towards the end of the game, but it isn’t interesting enough to keep me in the fight.

At eight hours, the campaign was solid and fun, but I wish there had been more to Youngblood — more story, more enemy diversity, and more customization options. Youngblood isn’t bad by any means, especially when you play with a friend, but it falls just short of the bar set by its predecessors. 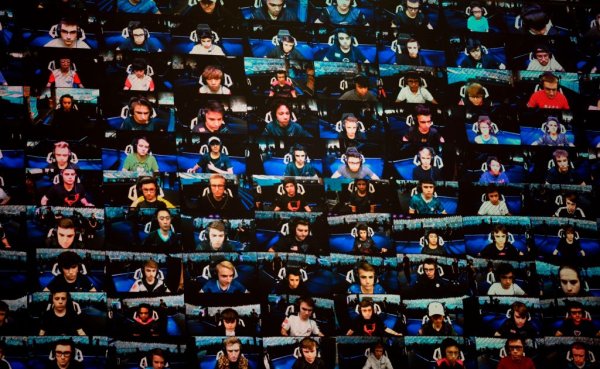 'I Have Never Felt the Need to Enact Any Kind of Violence.' Pro Gamers Say Guns, Not Games, Are to Blame for Shootings
Next Up: Editor's Pick