Hundreds of Mexicans and Guatemalans Among Those Detained in Mississippi Raids

A man is taken into custody at a Koch Foods Inc. plant in Morton, Miss., on August 7, 2019.
Rogelio V. Solis—AP
By Amy Gunia

The governments of Mexico and Guatemala said on Thursday that nearly 300 of their citizens had been detained in Mississippi during a sweeping immigration raid, reports Reuters.

U.S. immigration officials said 680 people were arrested on Wednesday in raids on seven chicken processing plants in the state, one of the largest workplace sting operations in at least a decade.

Reuters reports that the Mexican foreign ministry confirmed on Twitter that 122 Mexicans had been detained. Thirty-four of those people had been released and given dates for hearings with immigration officials.

Guatemala’s foreign ministry said in a statement that 176 citizens were arrested, 142 men and 34 women, reports Reuters. Two Hondurans have also been arrested.

Around 600 ICE agents participated the a wide-scale raid on Wednesday. Those arrested were taken to a nearby military hangar to be processed for immigration violations.

An ICE spokesman said that 300 of those arrested had been released by Thursday morning, with notices to appear in court at a later date.

President Donald Trump has made cracking down on immigration one of the highest priorities of his presidency. 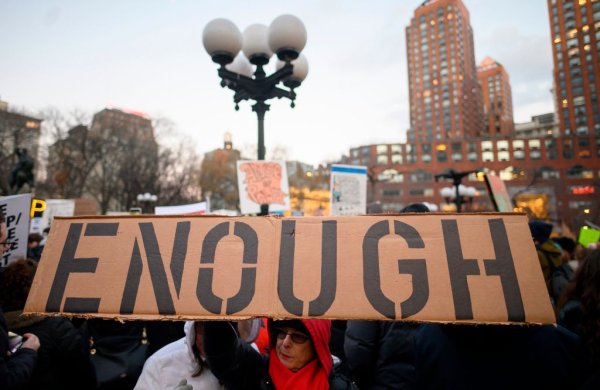 Detroit Man Dies After Deportation to Iraq: Report
Next Up: Editor's Pick