The 5 Best Songs of the Week, From Megan Thee Stallion to Lana Del Rey

Megan Thee Stallion doubles down on the so-called “Hot Girl Summer” with a new song of the same name, featuring Nicki Minaj. Meanwhile, Lana Del Rey tries her hand at protest music with “Looking for America” — a gentle lullaby that tries to reckon with recent gun violence. Bon Iver welcomes autumn in the cryptic but lush “Naeem” off his new album i,i. Active Child, who’s often been behind the scenes as a producer, comes into the light with an enticing electronic take on choral music. And Jamie Hannah, a young British pop singer signed by Boy George, shows off his vocal chops on “House of Truth.” Below, listen to the five best songs of the week.

It’s been the saying of the season, so it was only right for Houston rapper Megan Thee Stallion to keep the good vibes going by doubling down on her own phrase (the titular “hot girl summer”) with a new song featuring Nicki Minaj and Ty Dolla $ign. Megan made waves earlier in the year for her impressive freestyle rapping and a debut album filled with unapologetic, fiery bangers. “Hot Girl Summer” is much more low key — a chill track kicked up with some attitude from Minaj (and, of course, Megan in her starring role). It doesn’t reach the euphoria of some of her previous releases, but it works as a continuation of the summer mood.

If you’re tapped out on hot girl summer, no worries: Justin Vernon of Bon Iver has you covered. He’s said that the new album, i,i, is an autumn project, following up on three previous albums for winter, spring and summer. That checks out: “Naeem” is warm but crisp, introspective but wide-ranging. The refrain — “I can hear, I can hear crying” is sad on the surface, but somehow sounds kind and insightful when it’s sung; at least the tears aren’t going unnoticed. It’s music to drink tea to, to feel things with, to cry cathartically alongside.

Lana Del Rey has rarely sounded so ethereal and angelic as on “Looking for America,” a lullaby of a song that hides in its delicate acoustic folds a deep melancholy and a timely, gentle protest. “Pulled over to watch the children in the park/ We  used to only worry for them after dark,” she sings. “I’m  still looking for my own version of America/ One without the gun, where the flag can freely fly.” It’s an indictment of the ongoing gun violence in the U.S., a mourner’s attempt at expressing grief. (She said that she wrote it just after the recent El Paso and Dayton attacks, with an assist from Jack Antonoff.) The song is a salve and an attempt at solidarity for a nation continuing to cope. And for Lana, whose artistic image has always been intricately tied to a mythologized Americana aesthetic, it’s a start at reckoning with the darkness she has often embraced.

“All Eyes on You,” Active Child

For fans of James Blake, The xx and Bon Iver, now would be a good time to get into Active Child. The artist, real name Patrick Grossi, is a singer-songwriter, instrumentalist and producer who trades in the textural electro-R&B-pop of his contemporaries with haunting results. “All Eyes on You,” his first release in two years, comes filled with choral layers, building to a soaring symphonic climax. There are barely any lyrics in the second half of the song, just those looping melodic flourishes. He finishes things off with a delicate hum that says all that needs to be said.

Jamie Hannah, 22, is a British pop singer-songwriter with an operatic background — and nowhere does that come across more clearly than on “House of Truth,” which has both a bubbly, upbeat disco Boy George version and this acoustic take, which is stripped back and slowed down to powerful effect. It’s a soaring, deeply felt song with choral and orchestral backing, delicate string plucks offsetting his classically trained voice. It’s just his second release, but it feels like a worthy introduction to a rising talent; he’s planning to release a debut album this year. 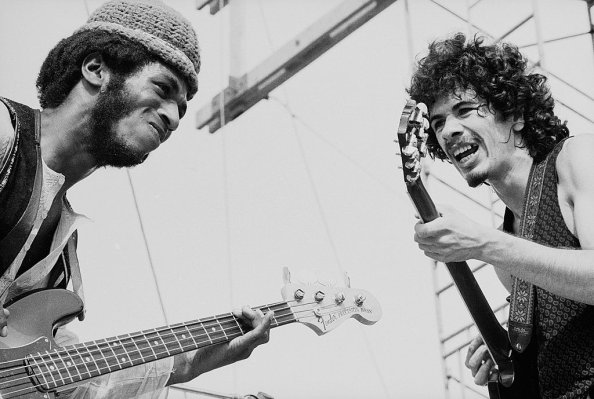 Watch the 10 Best Performances at Woodstock
Next Up: Editor's Pick