Stabbing Spree in Southern California Leaves 4 Dead and 2 Hurt. Here's What We Know So Far

By Sanya Mansoor and Madeleine Carlisle

A man has been arrested after allegedly killing four people and injuring two others in a stabbing and robbery spree across part of Orange County, Calif. Wednesday night.

Police said the suspect, Zachary Castaneda, a 33-year-old resident of Garden Grove, used “multiple knives or machetes” in the attacks. At a press conference on Thursday afternoon, Chief Tom DaRé of the Garden Grove Police Department said Castaneda has been identified as a documented gang member. He had previously been in prison for possession of methamphetamine for sale while armed with an assault rifle.

“Four people needlessly lost their lives tonight from this savage suspect. This is a brutal attack,” said Garden Grove Police Lt. Carl Whitney at an earlier news conference on Thursday. “This is tragic. We don’t want to see tragedy like this happen. It’s been happening across the United States.”

The incident comes less than a week after a total of 31 people died in mass shootings in El Paso, Texas and Dayton, Ohio.

Police are investigating multiple crime scenes and noted that there were at least three different robberies where the suspect took cash. Authorities said on Thursday afternoon that there is no indication this was a hate crime.

Castaneda attacked victims in the cities of Garden Grove and Santa Ana at an apartment complex, an insurance business, a Chevron gas station, a 7-Eleven and a Subway restaurant, according to police.

The first attack began at about 4 p.m. when the suspect allegedly robbed an apartment in the same complex where he lives, police said Thursday. He then allegedly robbed a bakery with either a gun or a knife, although no one was hurt.

Castaneda then allegedly returned to his apartment complex, where two victims of the earlier robberies confronted him. They were allegedly stabbed during an altercation.

Once officers arrived at the apartment complex, they found the two men with multiple stab wounds: one on a balcony and one inside an apartment. One of the victims was pronounced dead at the scene. The other was transported to a hospital and succumbed to his injuries.

At 5:39 p.m. police received another phone call about an armed robbery at a check-cashing business, where Castaneda allegedly threatened the clerk and fled the scene.

At 6:06 p.m. police received another call about an armed robbery at an insurance agency. Castaneda allegedly attacked a 53-year-old female employee and stabbed her multiple times without provocation. The female victim threw cash at the suspect and he fled the scene.

“This female employee was very brave,” Whitney said at a press conference Thursday afternoon. “She fought as best as she could against this suspect and sustained multiple stab wounds.” She is expected to survive.

At 6:09 p.m. police received a call about a stabbing at a local Chevron station. Police believe a 44-year-old male Hispanic victim was pumping gas, and Castaneda, who was also pumping gas, allegedly drew two large machete knives and attacked the victim, nearly cutting off his nose and stabbing him in the back. Castaneda then allegedly finished pumping gas and drove off. The victim was taken to the local hospital and is expected to survive. On Thursday, Whitney said several members of the public helped the man after he was attacked.

Police tracked Castaneda down by 6:30 p.m. when undercover officers found his vehicle, a silver Mercedes, in a 7-Eleven parking lot. Within minutes of their arrival, the suspect emerged carrying a handgun that he disarmed from a security guard, who died in the confrontation, authorities said. Castaneda allegedly used his knife to cut the gun off the security guard’s duty belt.

During their investigation, police also learned of a fourth homicide –– following an alleged attack inside a nearby Subway restaurant.

The investigation is still ongoing.

Who is the suspect in the stabbing spree?

The suspect is Zachary Castaneda, a 33-year-old Hispanic man from Garden Grove. All of his victims were also Hispanic, and the attacks appear to have been random.

“We know that this guy was full of anger and he harmed a lot of people tonight,” Whitney said.

Although he initially said the motive may have been random and “just pure hate,” Whitney later said “the motive behind all this was robbery.”

The Orange County District Attorney plans to file charges against Castaneda Friday, and the suspect will “probably” be in court that day as well, according to Kimberly Edds, a DA spokesperson. 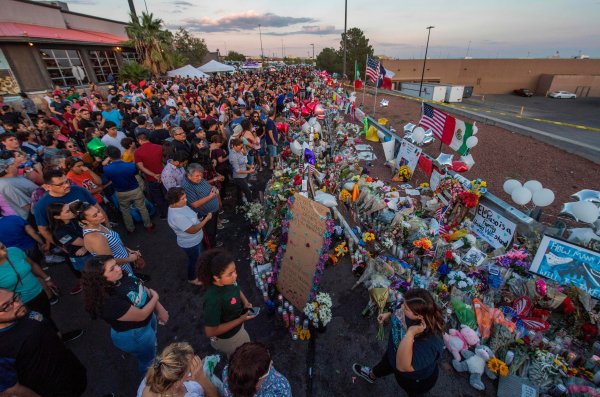