Amid even the longest, bloodiest conflicts, some acts of violence remain capable of enraging a desensitized public. One such incident occurred on June 12, 2014, when three teenage Jewish boys were kidnapped in the West Bank. As the Israel Defense Forces launched a massive manhunt–which ended in the deaths of five Palestinians and the arrests of about 400–Israelis took to the streets to demand the boys’ safe return. But on June 30, a search party found the bodies of all three, shot dead by Hamas militants. The nation mourned. Nationalists started talking about revenge.

The HBO miniseries Our Boys, an American-Israeli co-production premiering Aug. 12, dramatizes what happened next. Before the sad news about the boys breaks, we meet two other teens: Mohammed (Ram Masarweh), an Arab who’s doing construction work for his dad (Jony Arbid), who daydreams about an upcoming trip to Istanbul; and Avishai (Adam Gabay), an Orthodox Jew, who struggles at yeshiva. Growing up in Jerusalem, both are gentle boys who chafe at family expectations. Similarities like these can fuel heartwarming stories of cross-cultural friendship. Sadly, what happened after the initial murders is the stuff of a political thriller.

At its center is Simon (Shlomi Elkabetz), an Israeli Security Agency operative on the nationalist beat. When Jewish vigilantes retaliate in the name of the slain boys, their violence enrages a disenfranchised Arab community. It also forces Jews to acknowledge that there are dangerous extremists who share their faith. And it exposes the apathy with which powerful majorities can treat the pain of oppressed minorities.

The result of a collaboration between The Affair creator Hagai Levi, Orthodox Jewish filmmaker Joseph Cedar and Palestinian writer-director Tawfik Abu Wael, Our Boys depicts each culture with empathy and specificity. In fact, it’s so conscientious that it’s bound to confuse viewers who aren’t familiar with Jerusalem neighborhoods, the Israeli justice system, or the differences between Ashkenazi and Sephardic Jews. (As a secular American Jew, I often lost track.) Despite superb performances, this dearth of context and a frustratingly slow pace can make the show a hard sit. Stick around, though, and you’ll be rewarded with a timely argument that an eye for an eye isn’t always justice. 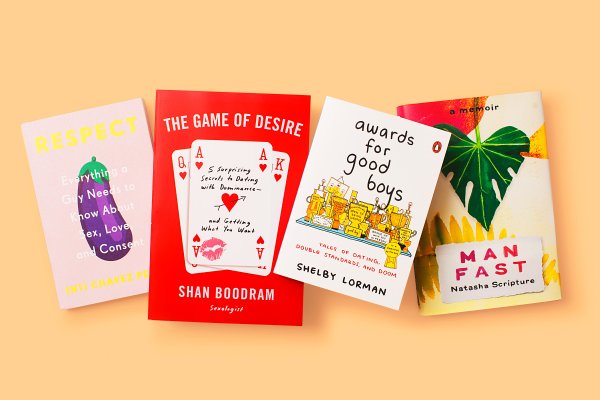 A Sexologist, a Comedian and a Woman on a 'Man Fast' Rewrite the Rules of Dating
Next Up: Editor's Pick