Environmental activists display placards during a rally at the Department of Justice to demand the Philippine government withdraw its alleged list of "terrorists" which includes more than three dozen environmentalists in Manila, Philippines on April 20, 2018.
Bullit Marquez—AP
By Amy Gunia

An American human rights volunteer is reportedly in critical condition after he was shot four times in the Philippines.

Brandon Lee, 37, was attacked outside his home in Ifugao province in the northern Philippines on Tuesday after he was called an “enemy of the state” on social media, reports the Guardian.

Lee suffered cardiac arrest during a surgery to remove a bullet lodged in his jaw.

Lee is a volunteer for Ifugao Peasant Movement (IPM), a farmers’ group that actively opposes a hydropower project and the military presence in the Cordillera region, according to the Guardian. In 2008, an IPM staff member was killed in a similar attack.

Lee and other IPM staff had were labeled “enemy of the state” in posters that were put up around the province.

“We hold accountable the state security forces that the Duterte administration has let loose in the Cordillera region,” the group said in a statement, according to the Guardian. The group also said that Lee had been receiving threats before the attack.

A recent report by watchdog Global Witness found that the Philippines is the deadliest country in the world for environmental defenders, with 30 environmentalists murdered there in 2018.

Philippines President Rodrigo Duterte has notoriously called land and environmental activists communist sympathizers and terrorists in an effort to silence them. 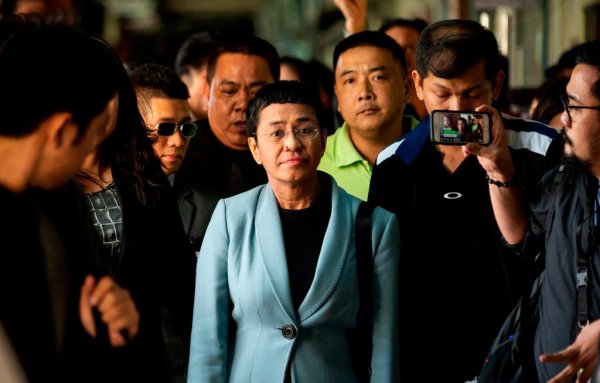