Universal Pictures announced Saturday afternoon that it will cancel the release of its violent thriller movie The Hunt, following the prior decision to pause advertising it. This news comes less than 24 hours after President Donald Trump tweeted that film is meant to “inflame and cause chaos.”

Earlier this week, advertisements and commercials for the now-axed horror movie, previously set for release on Sept. 27 from Universal Studios, were pulled by the production studio following mass shootings in El Paso, Texas and Dayton, Ohio.

A Universal Pictures spokesperson tells TIME in a statement, “While Universal Pictures had already paused the marketing campaign for The Hunt, after thoughtful consideration, the studio has decided to cancel our plans to release the film.”

“We stand by our filmmakers and will continue to distribute films in partnership with bold and visionary creators, like those associated with this satirical social thriller, but we understand that now is not the right time to release this film.”

The Hunt was directed by Craig Zobel (whose previous credits include drama-thrillers Compliance and Z for Zachariah) and stars Hilary Swank, Emma Roberts and Glow‘s Betty Gilpin among others. According to a summary of the movie’s storyline listed on IMDB:

The trailers featured explicit gun violence, dramatic fight sequences and one scene featuring a man trying to escape a hunter armed with a bow and arrow. Spoiler –– it doesn’t end well.

The idea of hunting humans for sport is far from new. In the 1924 novel The Most Dangerous Game, Richard Connell writes a fictionalized tale where a Russian aristocrat befriends and ultimately hunts a man who washes up on the shore of his isolated island — the book was later adapted into movies and reimagined in many other projects, across film, TV, and books. The Hunger Games riffed off the premise of having citizens picked from a lottery fight one another to the death, all for the enjoyment of a wealthy few; the Battle Royale series tasks classes of schoolchildren with competing in a similar death match. Indie movie Series 7: The Contenders imagined a world where ‘contestants’ eliminated each other filmed for reality TV, and the list goes on.

Blumhouse Productions company, which has carved itself a critically-acclaimed niche within the horror cinema world for low-budget films that gross millions at the box office, also released the The Purge movie series, set in a world where all crime, including murder, is legal for 12 hours.

Where The Hunt appears to be distinguishing itself from its predecessors —The Purge franchise notwithstanding — is in the politicization of its script, and apparent representation of the political divide currently present in the United States. (The trailer appears to present The Hunt in contemporary times.) A Deadline report confirming the screenplay had been picked for production described the movie as “politically-charged,” and The Hollywood Reporter sets up the battle as between “elite liberals” hunting “MAGA types.” Citing dialogue from the script, THR‘s report makes the political positioning clear:

Neither Universal Studios nor Blumhouse Productions responded to a request from TIME to clarify details of The Hunt’s plot.

A Universal Pictures spokesperson told TIME on Aug. 8 that “out of sensitivity to the attention on the country’s recent shooting tragedies, Universal Pictures and the filmmakers of The Hunt have temporarily paused its marketing campaign and are reviewing materials as we move forward.”

The Hollywood Reporter noted that AMC had aired a commercial for the movie over the weekend, while ESPN had “cleared” ad to air but pulled it prior to broadcast (and prior to Universal’s decision to halt ads altogether.)

On Friday afternoon, President Trump appeared to tweet concerns, writing that an unnamed movie — that seems to fit with The Hunt‘s plot — was made “in order to inflame and cause chaos.”

Gun control advocates say the decision to pause The Hunt‘s ad campaign in light of last weekend’s shootings is a good one. “No one’s saying that a movie shouldn’t be made or released,” Lanae Erickson, Senior Vice President for the Social Policy and Politics at Third Way, a D.C. based public policy think tank, tells TIME. “It’s really just not appropriate at this particular moment to have those ads on the air.”

“I don’t think that anyone is going to stop putting out horror films,” Erickson continues. “There are people who want to consume those films and that’s fine. It’s just [about] taking a moment of respect for the victims of these mass shootings.”

Movie and TV shows have often been rescheduled to account for mass shootings and other real-life tragedies. In 2002, the release date for Phone Booth was postponed for months following the series of sniper attacks in Washington, D.C. And last year, episodes of Paramount’s Heathers TV series were pulled on multiple occasions after school shootings.

Regardless, a source close to the movie says the movie’s release date is not scheduled to change. One executive at Universal went as far as to tell THR that “it might even be more powerful now.” 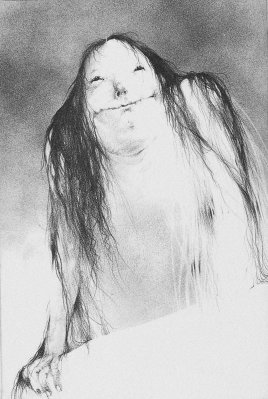 What to Know About the Folklorist Behind Scary Stories to Tell in the Dark
Next Up: Editor's Pick