The U.S.-China Trade War Is Steering the World Toward Crisis and There Is No Easy Retreat

Leaders and elder statesmen of the Chinese Communist Party (CCP) gathered at the balmy seaside resort of Beidaihe just east of Beijing Saturday to kick off their annual summer retreat. It’s a famously clandestine affair, with roads closed, checkpoints erected and burly security officers prowling every corner of the town. Still, it’s no secret what subject will dominate this year’s conclave after a startling escalation in the Asian superpower’s trade war with the U.S.

Markets plunged this week after President Donald Trump vowed to slap 10% tariffs on $300 billion of Chinese imports—including consumer goods like smartphones, toys and children’s clothes—from Sept. 1. This comes on top of the $250 billion he has already hit with 25% import taxes.

The escalation shocked Chinese officials who, not for the first time, believed negotiations were bearing fruit, especially since Trump had agreed a truce in late June. But rather than be cowed, China hit back Monday by slashing purchases of American soybeans to their lowest levels since 2004 and depreciating the national Renminbi currency by 1.4%, thereby lessening the blow of Trump’s tariffs by making exports cheaper.

In response, the U.S. officially labeled China a currency manipulator and asked the IMF to “eliminate the unfair competitive advantage created by China’s latest actions.” Trump added his own salvo via Twitter: “This is a major violation which will greatly weaken China over time!”

In truth, everyone suffers. The tit-for-tat has roiled bourses in the U.S., Asia and Europe, across which growth forecasts have already been slashed. The American Chamber of Commerce in China released a statement saying, “tariffs are paid by consumers and harm business.” In a research note issued Aug. 5, Morgan Stanley economists warned that the higher U.S. tariffs and China’s retaliation could mean the global economy heading for recession in just nine months. Unless sober heads prevail, the world may plunge into a crisis from which there will be no easy retreat.

Yet it’s difficult to see an end to the stalemate. For three years now, Washington has repeatedly pushed for China to reform its state-dominated economy, which Trump claims flouts WTO rules and provides an unfair advantage on the global marketplace.

But that designation is unclear; WTO rules only covers export subsidies, which China—officially, at least—no longer uses. China does provide preferential loans and subsidies to domestic firms, but all countries do that. Just look at the $3 billion in tax cuts and other incentives Amazon was offered to relocate to New York City.

China also has high barriers for foreign firms to access strategic industries. But the U.S. does too, for example blocking Ant Financial’s prospective purchase of MoneyGram among other sensitive acquisitions. There’s zero sign that Trump is offering to match China in reforming the way each nation runs its economy. “Trump is not really negotiating, he’s just bullying, because negotiating usually means you have something to offer yourself on the table,” says James H. Nolt, a senior fellow at the World Policy Institute.

The lack of any discernible strategy in Trump’s bluster has finally led Beijing to conclude that the trade war is simply a tool for domestic political purposes. China appears to be bedding down for a protracted conflict, believing, with some justification, that caving would just encourage more of the same volatile behavior. In May, China’s strongman President Xi Jinping told a cheering crowd: “We are now embarking on a new Long March,” referring to the CCP’s fabled escape from Nationalist attacks in 1934-35. It’s likely cadres at Beidaihe will be adopting a siege mentality.

This is not an isolated conflict, though. Trump has revived the use of trade as a political cudgel, one of the things the WTO was specifically created to stop. True, China must share some of the blame: it brazenly cuts tourists numbers to Taiwan, shutters South Korean-owned shopping malls and even delayed New Zealand seafood imports in response to political gripes. But the U.S. has ramped this up by unilaterally waging third party sanctions, such as its current campaign to censure any nation that does business with Iran. “It’s an unprecedented level of interference in world trade,” says Nolt. “I actually think China is more pro-free trade than the United States right now.”

It’s no coincidence that Tokyo and Seoul are also mired in their own bitter trade dispute over reparations for historic abuses during Japanese colonial rule of the Korean peninsula. In July, Japan restricted the sale of three key chemicals used in South Korea’s vital microchip industry, provoking mass street protests and a boycott of Japanese goods like Toyota cars. Japan then retaliated by purging South Korea from a list of trusted trade partners.

The upshot is that the two strongest U.S. allies in East Asia are at loggerheads just as North Korea has resumed missile tests in earnest; on Tuesday, Pyongyang threatened a “new path” if denuclearization talks remain stalled. Secretary of State Mike Pompeo belatedly tried to intervene to negotiate a truce between Seoul and Tokyo at an ASEAN security conference in Bangkok on Aug. 2. It achieved little other than foisting an extremely awkward photo op upon respective foreign ministers.

The reparations issue is nothing new, of course. It’s festered for half-a-century, though was largely kept in check by regular, deft shuttle diplomacy by a U.S. cognizant of maintaining its regional bulwark against a resurgent China and belligerent North Korea. That Washington has stood by for over 18 months while relations between these key partners have so gravely deteriorated signals an administration “not equipped with either moral capacity or basic diplomatic agility,” says Prof. Nick Bisley, an Asia expert at Australia’s La Trobe University. “It’s a terribly depressing sight.”

So what’s next for these trade wars? If China refuses to budge, Trump can either stick, fold or up the ante by further increasing tariffs or taking aim at key parts of China’s economy. Chinese firms are preparing for technology decoupling to be ramped up, throwing out the possibility of an “innovation winter,“ according to analysis by Eurasia Group. If pushed into a corner, China could respond in kind by blacklisting American firms and even nationalizing U.S. assets in China. This would be the “doomsday scenario,” says Bisley. But with Trump tweeting Tuesday that he’d “do it again next year if necessary” in order to protect American farmers, the looming crisis is a reality the world might have to face up to soon. 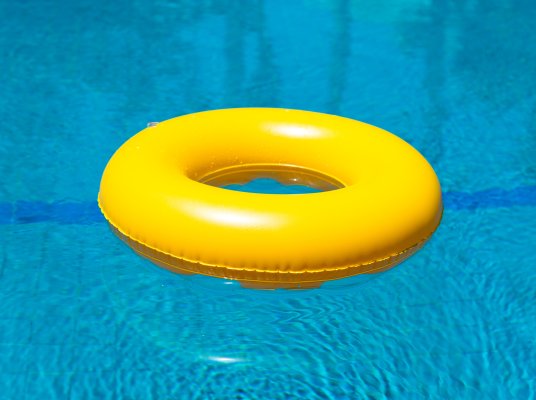 44 Injured After Freak 'Tsunami' Hits Wave Pool in China
Next Up: Editor's Pick