Toni Morrison Was Writing a New Novel When She Died

Toni Morrison, who died Monday at the age of 88, was working on a new novel at the time of her death, her publisher confirmed. There are no other details available at this time, including whether the unfinished manuscript will ever be made available to the public.

The existence of more pages by Morrison, considered by many to be the Great American Writer, is sure to prove tantalizing to readers who have admired her work since she began publishing in the 1970s. Morrison’s lyric and genre-expanding novels, from her 1970 debut, The Bluest Eye, about a Depression-era teen struggling with race and self-image, to the 1987 escaped-slave narrative Beloved, which won a Pulitzer Prize, cemented her place as a preeminent chronicler of black American life in all its complexity.

Morrison, who became the first African American woman to win a Nobel Prize in Literature in 1993, also wrote multiple books for children, an opera and two plays. The unfinished book would have been Morrison’s 12th work of fiction. Her most recent novel, God Help the Child, was published in 2015 and told the story of a woman grappling with her parents’ rejection of her based on her skin tone. Her final work published during her lifetime, The Source of Self-Regard, was a nonfiction collection of essays and speeches on culture and society, released in February. She also participated in the documentary film Toni Morrison: The Pieces I Am, released in June.

President Obama shared a tribute to Morrison Tuesday morning. “Toni Morrison was a national treasure, as good a storyteller, as captivating, in person as she was on the page,” he wrote on Twitter. “Her writing was a beautiful, meaningful challenge to our conscience and our moral imagination. What a gift to breathe the same air as her, if only for a while.” 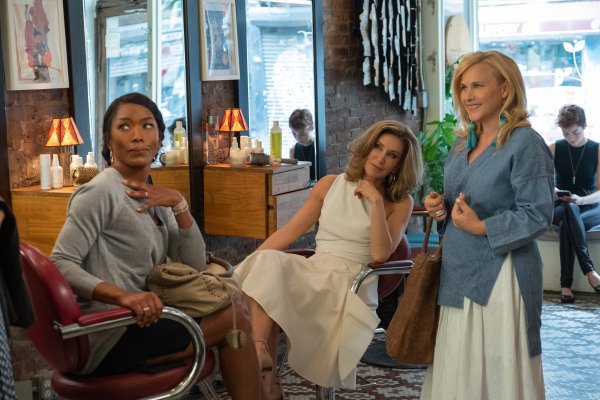 'Is 55 Too Old to Go on Tinder?' What Dating Looks Like for the Middle-Aged
Next Up: Editor's Pick