Pulitzer Prize-winning author Toni Morrison died Monday night at 88. Powerfully interrogating some of the most pressing issues in American society, Morrison’s books cover themes including the psychological impacts of slavery and the destructive nature of oppression. Morrison wrote 11 novels during her career, beginning with her debut The Bluest Eye in 1970, in addition to children’s books, plays and an opera. She was also working on a 12th novel at the time of her death, her publisher confirmed to TIME. As the loss of one of America’s most accomplished writers prompts many to feel they haven’t read enough of Morrison’s books, here are some suggestions for where to begin if you find yourself among that category.

Read More: Toni Morrison Was Writing a New Novel When She Died

Morrison’s first novel introduced the world to the striking way in which the writer thoughtfully examined race and gender through her complicated characters. In The Bluest Eye, it’s 1941 and Pecola Breedlove is an 11-year-old African-American girl living in Ohio. Pecola dreams of feeling “normal” and wants more than anything to look like the blonde-haired, blue-eyed children around her. As Pecola’s life begins to change — and tragedy ensues—Morrison summons readers to think about the crushing, intertwined forces of loneliness and oppression.

Two best friends come to terms with the different choices they’ve made in their lives in Sula, Morrison’s second book. Nel Wright and Sula Peace strike up an unlikely kinship as children, leading to many shared formative moments and one harrowing secret they both must learn to live with. But as the years go by, they embark on different paths: Nel stays home to raise a family while Sula goes off to college. The way in which Morrison unfurls their reunion, as they navigate motherhood, adversity and betrayal, helped solidify her place as one of the most essential authors working in America.

Earlier this year, Marlon James, author of bestseller Black Leopard, Red Wolf, spoke to TIME about the personal impact of the book and Sula’s own powerful reckoning with the decisions she has made in her life. “And man, I don’t have a lot of fall-off-the chair moments, but I had a fall-off-the-chair moment right there,” James said. “It just hit me: There’s nothing about what I want to do in life that I have to get permission for. When it comes to being who I am, I don’t have an allegiance or a duty to anybody.”

Combining elements of realism, fantasy and folklore, Song of Solomon is one of Morrison’s most lauded works. The novel spans decades as it traces the life of Macon Dead, otherwise known as Milkman. As she traces his story, beginning from birth and continuing into later years as he questions his relationship with his cultural identity, Morrison crafts an intricate portrait of a man seeking to understand his place in America. Song of Solomon delves into Milkman’s family history and the mysteries buried deep within many of his family members. President Barack Obama cited the book when awarding Morrison with the Presidential Medal of Freedom. “I remember reading Song of Solomon when I was a kid and not just trying to figure out how to write, but also how to be and how to think,” he said.

Of her many novels, Beloved is perhaps the most synonymous with the name Toni Morrison. The winner of the 1988 Pulitzer Prize for fiction tells the story of Sethe, a former slave who has escaped to Ohio. But Sethe cannot feel free: The trauma of her past follows her wherever she goes and she believes the house she lives in is being haunted by the ghost of her dead child. As Sethe reckons with a past that seems impossible to shake, Morrison creates an urgent narrative that illuminates the psychological effects of slavery.

The last of Toni Morrison’s books was published earlier this year and gives readers an intimate look at the author. In the nonfiction collection of essays, speeches and meditations, The Source of Self-Regard shows off Morrison’s range as a writer. From commentary on some of her most well-known works, like Sula and The Bluest Eye, to a eulogy for James Baldwin, Morrison’s final book becomes one of her most essential, shedding light on the brilliance with which she understood, and in turn helped her readers to understand, the world around her. 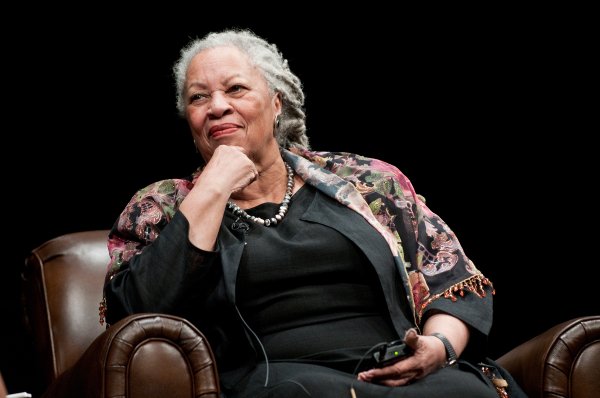 Toni Morrison Was Writing a New Novel When She Died
Next Up: Editor's Pick