'El Paso Is the Strongest Place in the World.' Beto O'Rourke Halts Campaign to Rush Home After Walmart Shooting

2020 Democratic presidential candidate Beto O’Rourke has halted his campaign to return to his hometown of El Paso, Texas after a mass shooting at a Walmart there.

“We have just learned a short while ago that there has been a shooting in El Paso,” O’Rourke, a former U.S. Congressman from the city, said in a video from a campaign stop in Nevada.

He choked up as he said, “I’m incredibly saddened and it is very hard to think about this.”

He added: “El Paso is the strongest place in the world. This community is going to come together. I’m going back there right now to be with my family and to be with my hometown.”

Officials confirmed Saturday night that 20 people were killed and 26 were wounded in the shooting. A suspect is in custody and El Paso police said they are investigating whether the attack was a hate crime.

O’Rourke also said that he spoke with his wife, Amy and his daughter, Molly after he heard the news of the shooting and that it was a reminder of what’s most important in life.

“Any illusion that we have that progress in inevitable or the change that we need is going to come of its own accord shattered in moments like these,” O’Rourke said.

In another video posted on his Twitter account, O’Rourke continued to express how much he was thinking about his community.

“If there were ever a moment for us to be strong, it is this one. Strong for one another, strong for those families who lost somebody,” O’Rouke said at the airport in Las Vegas as he worked to return home. 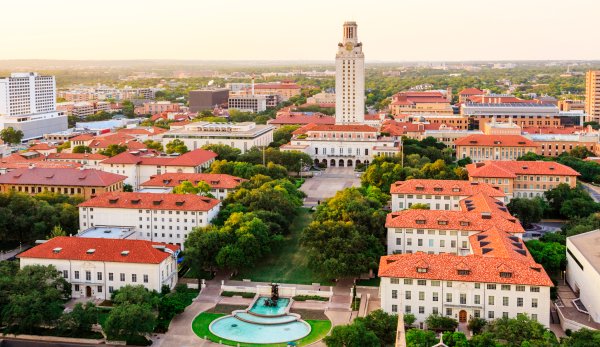 UT-Austin to Expand Free Tuition Program
Next Up: Editor's Pick