Fighting Thanos for control of the Infinity Stones shouldn’t be this dull.

Wolverine, Spider-Man, Black Widow, and the Hulk tore through the super-powered enemies of the Raft. The team was trying to stop an epic jailbreak of the Marvel universe’s worst villains—Venom, Doctor Octopus, and the Green Goblin among them—while figuring out why the Guardians of the Galaxy had suddenly appeared on Earth.

I controlled Wolverine, switching to Black Widow and Hulk when I needed to set up combos. Logan launched enemies into the air and tore through them with his Adamantium claws. The Hulk ripped up the ground and hurled bad guys across the room. Black Widow sat in the back and unloaded her handguns. Spider-Man flicked both puns and webs. It sounds thrilling, but it wasn’t.

This is Marvel Ultimate Alliance 3: Black Order, a new video game out now for the Nintendo Switch. The setup will sound familiar if you’re one of the millions of movie fans who watched the latest Avengers movies: Thanos wants the Infinity Stones, and it’s up to the heroes of the Marvel universe to stop him.

Marvel Ultimate Alliance 3 is a top-down action RPG meant for four players. A group of heroes—everyone from Daredevil to Deadpool to Spider-Woman is available—team up to plow through enemies and take on supervillains. Different heroes have different powers and do different kinds of damage. Part of the fun of the game is leveling up heroes and figuring out fun combinations of powers to maximize bonuses.

Wolverine comes with a healing factor that allows him to slowly regenerate hitpoints as well as several close combat claw attacks. Black Widow is fragile, but can take a position far from the action and do massive damage with handguns. Together, they perform a combo where Wolverine juggles enemies with his claws and Black Widow shoots bullets at them. Meanwhile, if I were to sub out Wolverine, Hulk, and Spider-Man for three female heroes to join up with Widow—say Captain Marvel, Scarlet Witch, and Spider-Woman—the entire party gets a bonus to energy attacks. Likewise, get all the Guardians of the Galaxy together in a group and the party will take less damage from energy attacks.

As the game progresses, the heroes level up, get stronger and learn new abilities that unlock more chances for team bonuses and team-up attacks. Beating each level of the game unlocks new Marvel heroes to play, for a total of 36.

This all sounds more fun that it actually is. Even though this isn’t an official Avengers: Endgame tie-in, it’s telling the same story. That’s good and bad. The references are all familiar, but the execution of the story isn’t up to par with the Marvel Cinematic Universe — Marvel Ultimate Alliance 3 works best when it carves its own path and lets its characters exist as the gameworld version of themselves. The voice acting isn’t up to snuff, either. None of the major Marvel movie actors were involved here. Instead, sound-alikes play some of the big parts. But their voices fall into the uncanny valley, sounding so close to yet so far from the real thing as to be unsettling rather than convincing. Iron Man’s Robert Downey Jr. impression is especially weird. The graphics are dated, too, feeling like a game from 10 years ago; indeed, the last installment came in 2009.

Overall, the gameplay is fine — the controls are responsive and there’s enough variety in the enemies and hero abilities to keep a player occupied. But playing solo is a drag, especially when it comes to boss battles. I fought Spider-Man nemesis Doctor Octopus towards the end of the opening Raft levels. Late in the fight, Doc Ock repeatedly stunned the heroes with his four mechanical legs. To stop him, I had to hit each leg to knock him out of the air. With friends, this would have been easy: each player would take a leg. By myself, it was a nightmare. My three AI teammates didn’t seem to register Octavius’ legs as targets, and he kept knocking me down.

When I got a group of friends together to play the game, however, Marvel Ultimate Alliance 3 was a joy. Taking on challenging bosses with buddies, trading stories about our favorite heroes, and getting excited to try new characters as a group made it easier to accept the game’s flaws. As it turns out, this is a game that’s only as much fun as the people you’re playing with — so make sure to bring some teammates into battle with you. 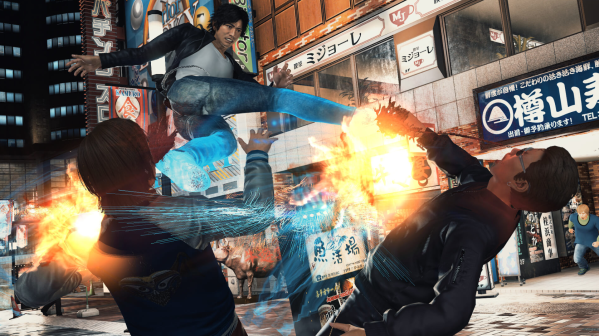 Judgement Is the Perfect Game for Getting Into Japan's Favorite Crime Series
Next Up: Editor's Pick