Ashley Wagner of the United States looks on before the Ladies Free Skate program on Day 6 of the ISU World Figure Skating Championships 2016 at TD Garden on April 2, 2016 in Boston, Massachusetts.
Maddie Meyer—Getty Images
By Jasmine Aguilera

Olympic figure skater Ashley Wagner, a 2016 world silver medalist and three-time U.S. national champion, told USA Today Sports that she was sexually assaulted in 2008 while at a party when she was 17 years old. She named her assailant as fellow figure skater John Coughlin, who was 22 at the time.

Coughlin, who died by suicide on Jan. 18, was accused by three others of sexual misconduct before his death. One of the accusers was Coughlin’s former skating partner Bridget Namiotka, who said he assaulted and controlled her over a period of two years. She was his partner while she was between the ages of 14 and 17.

“I was a young skater coming up through the ranks in a judged sport,” Wagner told USA Today. “I didn’t want to stir the pot, I didn’t want to add anything to my career that would make me seem undesirable or dramatic. I didn’t want to be known in figure skating as the athlete who would cause trouble.” TIME has reached out to Wagner’s representatives for comment.

Wagner recounted the events of the assault in detail, telling USA Today that she was at a party at a friend’s home in Colorado Springs. Unable to make it back to her hotel, she was offered a bed to sleep for the night along with several other girls. She says Coughlin came into the bed in the middle of the night, kissed her neck and groped her. Wagner says she was too scared to move and at first she pretended to stay asleep, hoping he would stop and leave, but decided to pull away from him when it appeared he wasn’t going to.

“I opened my eyes and I pulled away from him as he kissed my neck,” she said. “I grabbed his invading hand and I told him to stop. And he did… All of this happened over a period of about five minutes, and that is such a small amount of time, but it’s haunted me ever since.”

Wagner, now 28, said she told two close friends around the time of the assault, but did not report it to officials. She said she decided to report the assault to U.S. Figure Skating (USFS) in February after feeling empowered by the #MeToo movement, and seeing 13-year-old Alysa Liu become a U.S. National Champion earlier this year. “I want to make this sport safe for those kids,” Wagner said. In her interview with USA Today, Wagner described an insular culture and social circles mixing older and younger skaters, creating an environment that can put minors at risk.

“What happened to Ashley should not happen to anyone, period.” USFS spokeswoman Barbara Reichert said in a statement to USA Today. “Ashley is incredibly strong; not just to have the courage to come forward with her story, but to share her experience publicly to help others.”

Investigations into accusations against Coughlin were dropped after his death. The first accusation of sexual misconduct by Coughlin was reported to the U.S. Center for SafeSport. On Dec. 17, SafeSport placed unspecified restrictions on his ability to participate in figure skating while an investigation was underway, (According to SafeSpace’s code, the type and severity of any given restriction is subject to the Center’s discretion.) By January, SafeSport had received two more reports of sexual misconduct, this time involving minors, leading SafeSport and USFS to issue an interim suspension on Jan. 17.

Coughlin died the day after the suspension was announced.

After the initial December decision, Coughlin told USA Today Sports in an emailed statement that the accusations were “unfounded.”

“While I wish I could speak freely about the unfounded allegations levied against me, the SafeSport rules prevent me from doing so since the case remains pending,” he said. “I note only that the SafeSport notice of allegation itself stated that an allegation in no way constitutes a finding by SafeSport or that there is any merit to the allegation.”

Wagner is now working with USFS to implement safety measures for young skaters, and is speaking about her experience with coaches, athletes and parents. 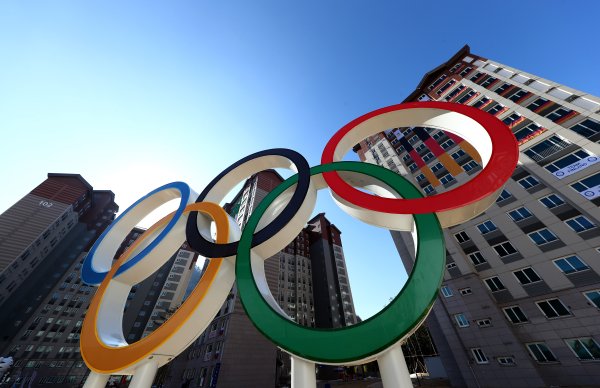 U.S. Olympic and Paralympic Committee 'Failed to Protect Its Athletes From Sexual Abuse,' Senate Investigation Determines
Next Up: Editor's Pick