A memorial stands at 75th Street and Stewart Avenue, in Chicago, Tuesday, July 30, 2019 where two women were slain in a drive-by shooting Friday night.
John L. Alexander—AP
By Josiah Bates

Chicago police say they have developed “some goods leads” in an investigation into the murders of two women who were gunned down in the city’s South Side on July 26.

Chantell Grant, 26 and Andrea Stoudemire, 36, were on the 7500 block of S. Stewart Avenue around 10 p.m. when an SUV drove past them and the front passenger began firing from their window. Both were shot several times, according to local reports. The women were active members of Mothers Against Senseless Killings (MASK), a non-profit organization dedicated to stopping violence and crime in the local community; the street corner on which the shooting took place was a location the organization had cultivated as a safe space and play area, and where the two women, among other volunteers, would watch over kids as they played. The Associated Press reports that they had just finished a day of “keeping watch” when they were shot, while walking to a nearby store to buy food.

Chicago Police say one male victim was also shot in the arm, and another was grazed in the arm. Both were treated and later released from the hospital.

“At this time, we have no evidence to suggest that the women were the intended targets,” Anthony Guglielmi, a spokesperson for the Chicago Police Department said in a statement sent to TIME. “Based on an ongoing gang conflict and the victimology, we suspect the male victim [shot in the arm] may have been the intended target.” (Guglielmi also told the AP that the man had not been cooperating with their investigation.)

“We mother each other’s kids, we’re sisters to each other, we’re mothers to each other sometimes,” Tamer Manasseh, the founder of MASK, said during a press conference held on the block where the shooting happened on July 28. “For mothers to be killed in a place where mothers go to seek safety and sisterhood, I take that as a personal threat. That could have been any of us.” At the press conference, Manasseh described Grant as a “dedicated mother,” and that Stoudemire was someone who would “stick up for other women in the community.”

MASK was formed in 2015 with the goal of creating a safe and productive space in South Side neighborhoods. In a post on the group’s Facebook page, Manasseh noted that the organization is not an anti-violence movement, and asked that the mothers not be called activists. “#BuildingCommunity in a violent area is just the right thing to do.”

“It is our responsibility to give our sisters justice,” Manasseh said. To this effect, MASK is running a fundraiser aiming to offer a reward for people with information about the shooting. The total raised currently stands at nearly $18,000. 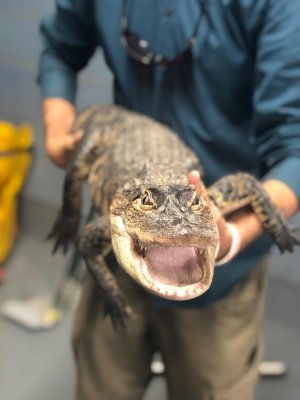