She also filed for a “non-molestation order” and applied for wardship, which means the couple’s children could be placed in the hands of the court for major decisions.

The sheikh, a 70-year-old billionaire who is also the Vice President and Prime Minister of the United Arab Emirates, has reportedly sought to have his children return to Dubai. He was not present in court amid the pair’s high-profile legal battle.

The couple married in 2004, but the 45-year-old princess, who is the daughter of King Hussein of Jordan, left Dubai earlier this month claiming to be in fear of her life. She is believed to be living in a London mansion valued at about $107 million with the couple’s two children.

An official at the United Arab Emirates Embassy in London declined to comment on the matter, Reuters reports. “The UAE government does not intend to comment on allegations about individuals’ private lives,” an embassy official said.

Princess Haya is the sixth and youngest of the sheikh’s wives and a well-known international figure. She studied at Oxford, and was a former member of the International Olympic Committee.

The princess and the sheikh confirmed their custody battle in a statement earlier this month.

“These proceedings are concerned with the welfare of the two children of their marriage and do not concern divorce or finances,” they said via their lawyers in a joint statement issued by the High Court, Reuters reports.

Princess Haya is the third female relative of Sheikh Mohammed’s to flee the UAE. Last year, one of the Sheikh’s daughters from a previous wife reportedly tried to escape imprisonment by her family. In a video Sheikha Latifa Bint Mohammed al Maktoum posted on YouTube she said, “If you are watching this … either I’m dead, or I’m in a very, very, very bad situation.” Her older sister, Sheikha Shamsa, reportedly failed in an attempt to run away from the family’s U.K. estate in 2000. 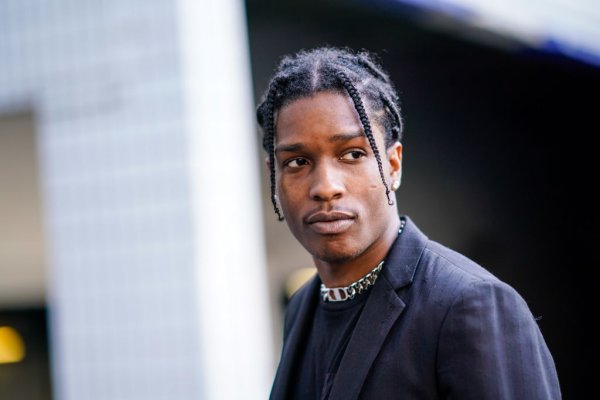 A$AP Rocky's Trial Begins in Sweden
Next Up: Editor's Pick