'He Was Such a Happy Kid.' What to Know About the 3 Victims of the Gilroy Festival Shooting

Josephine Guicho holds her phone showing a photo of her 6-year-old nephew Stephen Romero in San Jose, Calif., Monday, July 29, 2019. Romero is one of three young people who died when a gunman opened fire at a popular California food festival this past weekend.
Jeff Chiu—AP
By Gina Martinez

Three people died and dozens were injured after a gunman opened fire at a food festival in Northern California Sunday afternoon. The youngest victim was just 6 years old.

Gilroy Police Chief Scot Smithee confirmed that 19-year-old Santino William Legan snuck into the Gilroy Garlic Festival with an AK-47-style assault rifle. Legan was shot and killed by police “less than a minute” after opening fire, but not before he claimed the lives of two children and a recent college graduate.

“Anytime a life is lost it’s a tragedy, but when it’s young people it’s even worse,” Smithee said at a press conference on Monday. Although the deadly shooting is still under investigation, he also said “it seems like this is a random act.”

Meanwhile, family members have confirmed the identities of the victims and shared their grief.

Here is what we know about the victims so far:

The 6-year-old San Jose native died after being shot in the back. His mother and grandmother were also injured in the shooting.

The youngest victim of the shooting, Stephen was the first to be publicly identified after his father, Alberto Romero, spoke to local news shortly after learning of his death.

Romero told the San Jose Mercury News his wife called him at home to tell him that she, her mother and Stephen had all been shot.

“I couldn’t believe what was happening, that what she was saying was a lie, maybe I was dreaming,” he told a reporter.

He said when he arrived at the hospital his son was in critical condition and doctors were working on him.

“Five minutes later, they told me he was dead,” he said.

Stephen’s grandmother also spoke to a local news reporter and was distraught by the news of his death.

Stephen’s uncle Noe Romero told the San Francisco Chronicle he called the boy “El Romantico” because of his refined taste, which included wearing neatly pressed button-down shirts, listening to ballads by The Weeknd and his precocious manners. “He wouldn’t leave the house unless he had cologne on.”

NBC News reported that prior to the shooting, Stephen had just celebrated his sixth birthday at the Legoland theme park in California.

A GoFundMe set up to help Stephen’s family has already raised nearly $50,000.

Just 13 years old, the San Jose resident died at a local hospital after the shooting — and her brave actions may have saved a family member during the attack.

Her aunt Katiuska Vargas told the Associated Press that Keyla was eating ice cream with family when gunshots — which they initially believed to be fireworks — began ringing out. When the family started to run away, Keyla stayed back to keep pace with her stepfather’s mother, who uses a cane.

“If Keyla hadn’t been there, her stepfather’s mother would have been shot,” Vargas told AP.

According to AP, Keyla’s stepfather was wounded in the shooting when he went back for her.

After the shooting, Vargas describes a chaotic scene in which she met up with Keyla’s mother to help locate the teen.

“We drove to every hospital multiple times,” she told AP.

Vargas says Keyla’s father was eventually told she died at a hospital.

“There are no words to describe the pain,” Vargas told AP.

The San Francisco Chronicle reports Keyla was a week away from turning 14 and had desperately wanted a golden retriever puppy as a gift.

Her family says they will fulfill her last wish and purchase the puppy in her honor.

A GoFundMe set up to help her parents has already raised nearly $50,000.

The 25-year-old was the eldest victim of the shooting and was attending the festival with his girlfriend.

Irby graduated from Keuka College in upstate New York in 2017, and college president Amy Storey posted a statement honoring the biology major while also announcing plans for a vigil.

“Our hearts go out to Trevor’s family and loved ones, the statement said. “We are shocked that this latest episode of senseless gun violence resulted in the loss of one of our recent graduates — graduates in whom we place so much hope because of their potential to create a brighter tomorrow.”

According to Storey, Irby attended the festival with his girlfriend, Sarah Warner, who was also a Keuka graduate. She was unharmed in the shooting, Storey said in the statement.

A GoFundMe was set up by his best friend on behalf of his family to cover the cost of funeral arrangements.

“On July 28th, 2019, Trevor Irby was wrongfully taken from his family and friends at the age of 25,” Steven Wyrosdick wrote. “Trevor was a brother, a son, a grandson, a boyfriend, a best friend and a bright light to all who knew him. Trevor was an excellent pillar of the Keuka College & Romulus communities and a kind & positive soul. Trevor will forever live on in the memory of his loved ones.”

“Trevor’s impact will never be lost upon those who knew him & he will be missed every single day.” the page added. 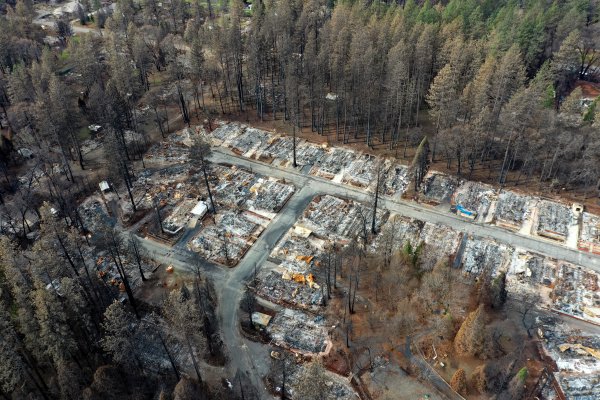