Environmental activists take part in a protest calling on the Group of 20 nations to end funding for coal and fossil fuels, in Manila, Philippines on June 26, 2019.
Ezra Acayan—Getty Images
By Amy Gunia

Across the world calls to protect the planet are growing louder, yet standing up against the deleterious effects of mining, logging and agribusiness continues to be fatal, U.K.-based watchdog Global Witness said in a new report Tuesday.

By sheer number, the Philippines was found to be the deadliest country for environmental defenders in 2018, with 30 environmentalists murdered. But around the globe, more than three defenders were killed each week of last year, the group’s latest report Enemies of the State? says.

“These are ordinary people trying to protect their homes and livelihoods, and standing up for the health of our planet,” Global Witness said in a release.

While the total last year, 164 deaths, represents a drop from the 2017 peak of 201, the group notes that non-lethal means of quashing dissent are also rampant.

“Countless more people were threatened, arrested or thrown in jail for daring to oppose the governments or companies seeking to profit from their land,” it said. It is common for businesses and authorities to “use courts and legal systems to silence those who threaten their interests,” the report notes.

The report calls renewed international attention to the bloodshed that has occurred under President Rodrigo Duterte’s watch. Soon after coming to power in 2016, Duterte declared a deadly crackdown on drugs and his administration has been mired in accusations of human rights abuses and violence. In 2017, Global Witness said 48 environmental defenders were killed on the archipelagic nation, the highest ever recorded in an Asian country. In both 2017 and 2018, a large number of those deaths were linked to agribusiness.

Globally, mining was responsible for the largest number of killings—43 deaths—while conflicts over water projects surged at 17 deaths.

Across sectors, demand for consumer products—from food to jewelry to mobile phones—drives the persecution, the report says.

Global Witness warned that despite a dip in total deaths, the overall climate for environmental activists does not look to be improving. “Signs are worrying that the situation for environmental and land defenders will worsen,” it says. For example, Brazil’s strongman leader Jair Bolsonaro has pledged to open indigenous reserves for commercial development and in the U.S., President Donald Trump has sought to open more land to oil and gas companies.

And in the U.K., anti-fracking activists were targeted with terrorism related charges carrying potential life sentences, charges far more serious than are usually brought against protesters.

“This is a phenomenon seen around the world: land and environmental defenders are declared terrorists, locked up or hit with paralyzing legal attacks, for defending their rights, or simply for living on lands that are coveted by others,” Victoria Tauli-Corpuz, U.N. Special Rapporteur on the rights of indigenous peoples, said in a statement.

Companies and governments must act to stop land and resource conflicts, the report says.

“As we hurtle towards climate breakdown, it has never been more important to stand with those who are trying to defend their land and our planet against the reckless destruction being meted out by the rich and powerful,” Alice Harrison, a senior campaigner at Global Witness, said. 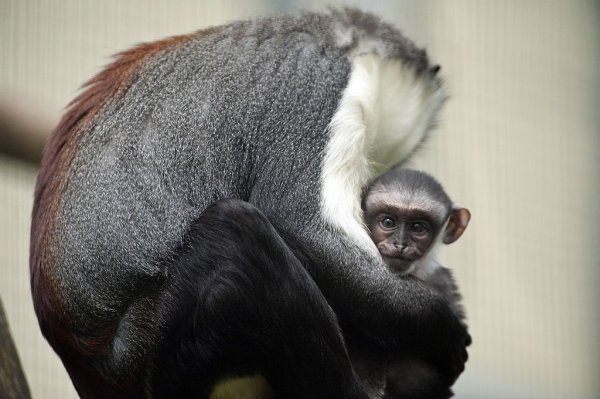 Almost 30,000 Species Are Closer To Extinction: Report
Next Up: Editor's Pick