When people think of their high school English classes, a few things usually tend to come to mind: memorizing sonnets, slogging through long novels with arcane language, and — of course — cramming before tests using SparkNotes.

The company is known for providing summaries of classic literature and “translations” of old plays and books into plain English. However, SparkNotes has recently been translating classic lit into a language even more relevant to teenagers than English: The brand’s Twitter account is explaining the stories of Hamlet, Gatsby, and Odysseus in the universal internet language of memes.

The combination of funny memes and references to beloved stories has earned the account a following of adoring fans.

SparkNotes’ Twitter activity is the brainchild of Courtney Gorter, a 26-year-old writer who manages the account. “When I took over, we hadn’t really developed a set strategy yet, so the team was pretty much open to anything,” she says. “We’d done a meme or two previously and the response was positive, so when I started running the show, I decided to have some fun with it. My goal was to make it the kind of Twitter account that I personally would want to follow.”

Gorter admits that she laughs out loud at some of her favorite posts, like one which combines a John Mulaney joke with a reference to Romeo & Juliet. “I’m not humble enough to pretend I don’t sometimes get a kick out of my own stuff,” she says.

When Gorter took over the SparkNotes Twitter account a year and a half ago, it was hovering at around 15,000 followers, she says. Today, it has almost 110,000 followers and its tweets regularly get over 5,000 likes. There have been several posts that have exceeded those numbers, getting upwards of 20,000 likes. One post, about Romeo’s famously bad decision making, was liked over 115,000 times and retweeted over 35,000 times:

Gorter says her SparkNotes strategy works because the subject matter is so universal. “Every single one of us is using memes just to make it through the day,” she says. “Also, every single one of us is required to read certain books for school. So whether you loved Hamlet or hated it, there’s just something really affirming about seeing a meme and being able to say, ‘I see what you did there.'”

Still, Gorter says she is “constantly surprised that the account has become as popular as it is.” She has received positive feedback from students and teachers alike, with instructors telling her that they’ve incorporated the memes into their syllabi. There is, after all, an educational component to her work. “I tend to focus on books that teachers assign most frequently, like The Great Gatsby, Pride and Prejudice, Lord of the Flies, et cetera,” she says. “We’re constantly rolling out new content for those books on the site since we know students find them helpful.”

And while the memes may be new, Gorter sees them as a way to achieve SparkNotes’ longstanding goal: making classic literature easier for students to understand. “My hope is that our Twitter works in conjunction with the site to emphasize the idea that classic literature doesn’t have to be super intimidating,” she says. 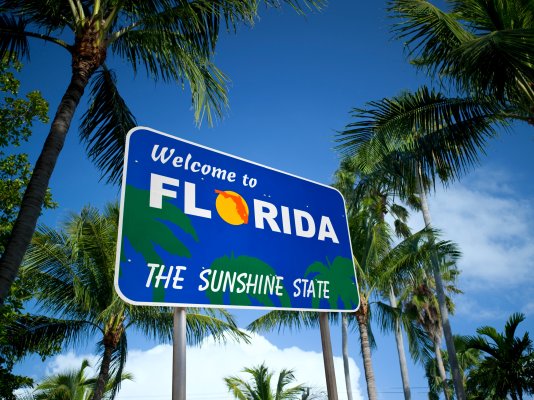 It Turns Out People From Florida Are Better at Guessing if a 'Florida Man' Story Really Happened in Florida
Next Up: Editor's Pick