Ensuring the Chicago Race Riot Is Not Forgotten, With Inspiration from Germany's Holocaust Memorials

The Chicago Race Riot began at the 29th Street Beach, after the drowning death of Eugene Williams, an African-American teenager who had crossed an imaginary boundary in the water separating blacks from whites, July 27, 1919.
Chicago History Museum/Getty Images
By Madeline Fitzgerald

It was a stifling summer day in Chicago on July 27, 1919, with temperatures rising to 96°F — and tensions rising across the nation.

In the summer following the end of World War I, the American population was rapidly shifting. White immigrants from Europe were entering the country, leaving their impoverished homelands. Meanwhile, African Americans were fleeing the racism and poverty of the South for new opportunities in northern cities. For many, that meant Chicago. According to the Chicago Tribune, the city’s black population swelled from 44,000 in 1910 to 110,000 in 1920.

Those changes were the backdrop for “the largest outbreak of racial violence and domestic unrest” in the United States between the end of Reconstruction and the Civil Rights Era, says Peter Cole, a historian at Western Illinois University who is closely involved with new efforts to memorialize that period. Between April and November of 1919, white people in cities and towns across the country instigated race riots, attacking and often killing their black neighbors. The period would come to be known as Red Summer.

By the time the hottest weekend of the season came around, Chicago had already seen two dozen bombings of black residents, none of which was solved by the cops. So the city was already a powder keg of racial resentment when group of teenage boys decided that they wanted to go for a swim.

Eugene Williams, a black 17-year-old originally from Georgia, was among those boys. He and his friends had built a raft to play on in Lake Michigan. While most public accommodations in Chicago were not legally segregated, the beaches around Lake Michigan were the site of strong informal segregation. And as Williams and his friends swam and dove off their raft, they unknowingly drifted into the white section of the water.

Contemporary reports from the Chicago Evening Post state that white people in the water and on the beach grew agitated when they saw black teenagers in “their” section of the lake. A 24-year-old white man named George Stauber began throwing rocks at the boys. It is unclear exactly what happened next — some witnesses saw Williams get hit by the rocks and fall into the water; others say he ducked under to avoid getting hit. But accounts agree that Williams drowned in Lake Michigan as a result of Stauber’s racist harassment.

According to John Turner Harris, a friend of Williams who was interviewed decades later by historian William M. Tuttle, when it became clear that Williams was dead, a black police officer attempted to arrest Stauber. A white cop intervened and did not allow the arrest. An argument broke out between the two officers and Williams’ friends ran to notify other African Americans. According to contemporary reports by the Chicago Commission on Race Relations, a thousand black Chicagoans gathered following the news of the drowning. An altercation between that group and the police resulted in the death of James Crawford, a black man.

Emotions remained elevated for the rest of the day, eventually escalating into violence.

“Irish-American gangs of young men in so-called athletic clubs were the initial cause of the riots,” said Cole. The night after Williams’ death, Irish Americans crossed over from their neighborhood, Bridgeport, into the African-American neighborhoods of Chicago’s south side. “They invaded the neighboring black areas and started attacking,” says Cole.

For the next week, battles raged in Chicago. The death toll of the riots was 38 people. Additionally, over 500 people, most of whom were black, were injured and over a thousand people were left homeless. As the violence wore on, the Illinois Reserve Militia was called in to ease the riots. On July 31, the day after the militia entered the city, the violence eased but destruction continued, with arson destroying dozens of homes. The militia remained in Chicago until August 8. It was “the deadliest incidence of racial violence ever” in Chicago, says Cole.

The effects of those July altercations have reverberated across history and continue to affect Chicagoans to this day. According to Cole, the riots were a major factor in the expansion and the hardening of racial segregation in Chicago, which is now the second most segregated city in the United States, following Detroit. One mechanism by which the city got that way is a legal tool called a restrictive covenant, which was used to bar African Americans from owning or renting certain properties. “After the riots there’s a massive increase of the use of this legal tool,” Cole says. “That further contains African Americans because they literally cannot move into many neighborhoods because that’s the law.”

By the time the Supreme Court declared such covenants unconstitutional in 1948, millions of homes were already restricted, making it effectively impossible for African Americans to move outside of their segregated Chicago neighborhoods. These neighborhoods were never equitable when compared to white neighborhoods, and as the city’s black population grew in size, they offered no room to expand geographically. Landlords were able to take advantage of these circumstances, exploiting black tenants who paid more money for worse conditions. “There was no incentive to maintain quality housing because there’s huge demand and not enough supply,” Cole says.

But, despite the riots’ significance in that history, Cole has found that few are aware of this part of the city’s past. “The history is essentially unknown in the city and the state and the country,” Cole says. “When people say ‘Chicago is segregated’ they don’t even appreciate why, let alone how.”

Over time, the choice to not teach the story of such a moment can erase it from the collective awareness of future generations. “It’s not that you forgot about it; you never knew it because you were born two generations later,” says Cole.

The centennial of the riots marks an opportunity to change that situation.

Already, the city of Chicago is planning to mark the anniversary. There will be a guided bike tour of the city highlighting locations significant to the riots, as well as a lecture on the past and present of race relations in Chicago. Additionally, the city of Chicago will also have a program on Monday morning, in honor of the anniversary, hosted by Chicago mayor Lori Lightfoot.

The Chicago Race Riot of 1919 Commemoration Project (CRR19), a group led by Cole, hopes to make sure the memory lasts beyond the weekend. On Saturday, they’re launching an effort by to create a public art project to honor the victims of the riots.

Cole was inspired to memorialize the victims of American racism during a trip to Berlin, seeing the way Germany has acknowledged its own dark past. In particular, CRR19 is inspired by the memorial work of the artist Gunter Demnig, who created a public art project to memorialize the victims of the Holocaust, not in a museum or a monument, but rather on the streets where they once lived. Demnig installs stolpersteine, or stumbling stones, near the last known residences of Holocaust victims. The stones are small, containing the names of victims as well as information about what happened to them during the war. The purpose is to force people to grapple with the effects of the Holocaust as they walk down the street during their day-to-day life.

“We could be inspired by stolpersteine, applying that sort of concept,” Cole says. “Locating small markers at locations of importance and installing 38 markers where 38 people were killed in the summer of 1919, a hundred years ago this week.”

Cole emphasizes, however, that Germany’s remembrance did not begin overnight. “It didn’t happen in 1946,” he says. “In fact, several generations of Germans did their best to say nothing about the Holocaust. It was really their grand-kids that started to do much more, saying ‘we need to deal with this because our parents and our grandparents tried to silence this.’” On the centennial of Red Summer, he believes, the time has come for Chicago to do the same.

The actual construction of the memorials has not yet begun, as the organization is still in the fund-raising stage. And while two alderwomen, Pat Dowell and Sophia King, will speak at the launch even on Saturday, the installation does not yet have official approval from the city; its funding and timeline have to be finalized first. The Chicago mayor’s office did not respond to an inquiry about plans to memorialize the events of 1919.

However, CRR19 already received some grant money and are beginning a crowd-funding campaign. In a statement released by the organization Eve Ewing, a sociologist at the University of Chicago said, “My hope is that CRR19, by making a mark on street corners that many of us pass daily, will invite small moments of reflection on the historical significance of the places that makeup our everyday experiences.” 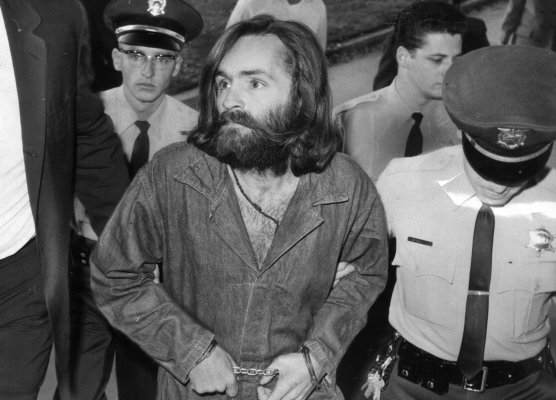