Glaciers Are Melting Underwater. It's Worse Than Previously Thought

An iceberg from the LeConte Glacier drifting in LeConte Bay, Tongass National Forest in Alaska.
Wolfgang Kaehler—LightRocket via Getty Images
By Justin Worland

Underwater ice melt from glaciers could be happening much faster than previously thought, according to new research published in the journal Science. That’s a dangerous finding as melting glaciers linked to climate change threaten to raise sea levels dramatically by the end of the century.

The scientists who worked on the study developed new methods incorporating sonar, time-lapse photography and other tools to monitor how much ice is melting beneath the water surface. For three years, they used the methodology to survey the LeConte Glacier in Alaska. In some places, the researchers recorded the glacier melting 100 times faster than previous, theoretical models predicted.

“The existing theory is wildly inaccurate at one glacier,” says study author Rebecca Jackson, an oceanographer at Rutgers University-New Brunswick, in a press release. That “should lead us to be very skeptical of its current use in studying any tidewater glacier.”

A 2014 report from the Intergovernmental Panel on Climate Change (IPCC), the United Nation’s climate science body, found that between 2003 and 2009 glacier melt across the globe caused 0.7 millimeters per year of sea level rise. And sea levels could rise more than 3 feet globally by 2100 even if countries meet their collective goals to limit temperature rise under the Paris Agreement, according to an IPCC report. If levels of ice melt from glaciers are higher than these previous reports accounted for, however, that could contribute to more devastating global sea level rise.

Scientists have sounded the alarm about rapid ice melt and its potential effects on sea level rise with increasing urgency in recent months. The Arctic is heating twice as fast as the rest of the world, and earlier this summer, sea-ice coverage in the Arctic hit record lows. Scientists expect that sea-ice coverage could hit an all-time record low later this year.

These individual data points call attention to the effects of climate change on sea-level rise happening here and now, but scientists can’t predict with precision how bad it’s going to get. In part, that’s because we don’t yet know to what extent humans will rise to the challenge of climate change and reduce emissions, but it’s also partly due to the complicated nature of measuring and modeling complex climate systems, challenges that researchers behind this new study aim to help correct. 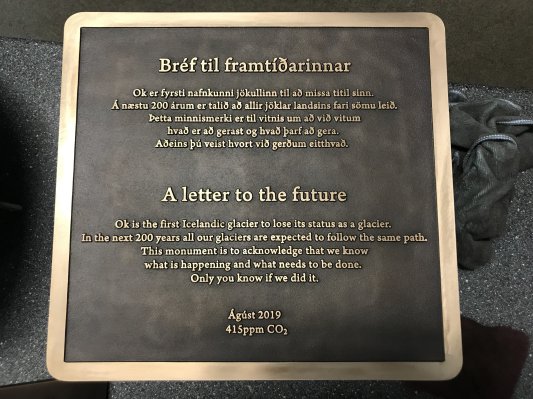