This is Puerto Rico's Moment for Real Change

Protesters demanding Governor Ricardo Rosselló’s resignation amassed on July 17 in San Juan as the hashtag #RICKYRENUNCIA gained traction on social networks.
Christopher Gregory for TIME
Ideas
By Luis A. Miranda Jr.
Miranda is a founding partner of the MirRam Group and the founding president of the Hispanic Federation

When I flew to Puerto Rico in 2017 and looked out at the damage caused by Hurricane Maria, I realized that the island on which I was born and raised would never be the same. The landscapes and topographies I knew so well were gone. I was confident that the island would recover, but I also knew that what would emerge would be something different. I just didn’t know how different. Now I know.

On July 10, we woke up to the news that two prominent former cabinet members of Governor Ricardo Rosselló’s government had been arrested by the FBI for allegedly funneling over $15 million in contracts to business friends. Three days later, at least 889 pages of private chat transcripts between the governor and more than 10 others–government officials and political friends–were released. Those chats, riddled with insults, mockery, misogyny and homophobia, laid bare something that went beyond corruption. It showed a man, a scion of privilege, belittling the people he swore to serve. We saw a government that wasn’t just venal but also contemptuous.

Puerto Ricans are a remarkably tolerant and understanding people. Yet in the weeks since the arrests and the revelations of the chats, Puerto Ricans are finally tired of the lies and manipulation. Everyone is demanding accountability.

Governor Rosselló at a press conference on his administration’s scandal on July 16.
Carlos Giusti—AP

Collective shame and anger is propelling people to action–and they have taken to the streets by the hundreds of thousands. It’s tempting to see the protests as simply a repudiation of an unpopular governor, but while Rosselló may have sparked this uprising, the conditions were set long before him. Decades of bipartisan mismanagement and corruption, unscrupulous financial schemes hatched on Wall Street and purposeful neglect by the U.S. Congress crippled the island well before Hurricane Maria. On the eve of what would have been the island’s largest financial default, my family and others supported efforts by President Obama to shelter Puerto Rico from bankruptcy with congressional action. Even this effort has proved to be deeply flawed. Instead of dealing with the island’s more than $73 billion debt, the new law implemented devastating austerity measures that have left the most vulnerable Puerto Ricans without hope.

Governor Rosselló tried to stem the tide of popular unrest by announcing that he would not run for re-election in 2020. One look at the Puerto Ricans who took to the streets should have disabused him of any notion that he had the legitimacy to represent anyone on the island now or ever. What Puerto Ricans need is his immediate resignation.

President Trump, a pathological liar with a history of denigrating Puerto Rico, has been using the crisis to further his claim that the island is irredeemably corrupt and ungovernable. He is holding hostage billions of dollars in needed federal recovery assistance and would have been less likely to release funds with Rosselló still in power. Puerto Rico could not suffer a lame-duck governor while the island’s economy teeters on the edge.

Nearly 60 years ago, the American writer and critic Alfred Kazin referred to Puerto Ricans as “lamblike.” Kazin was wrong. He misread our generosity of spirit as a weakness. Governor Rosselló made the same mistake. Every administration has had its share of scandals. But after the destruction of Hurricane Maria–when the average Puerto Rican had to wait in long lines for essentials like gas, food and water, and FEMA kept denying their applications for help, and then when President Trump visited the island to throw rolls of paper towels to them–people have no patience for crooks anymore.

What was in the governor’s head? He must have realized the damage he was causing to the island. I dealt with him several times as we worked hard to attract tourism, to remake the coffee industry and to drive initiatives after Hurricane Maria. How could he pick political partners who would make fun of Hurricane Maria’s dead for a cheap laugh or to punish a political opponent? The people of Puerto Rico know they deserve better. They have raised their voices. Their collective power has unseated corruption.

Something in Puerto Rico has changed forever. For those of us who migrated to New York or Spain or anywhere in the world, our job is to take the lead from our family in Puerto Rico. It is our responsibility to make sure that this change results in a more resilient and prosperous Puerto Rico. 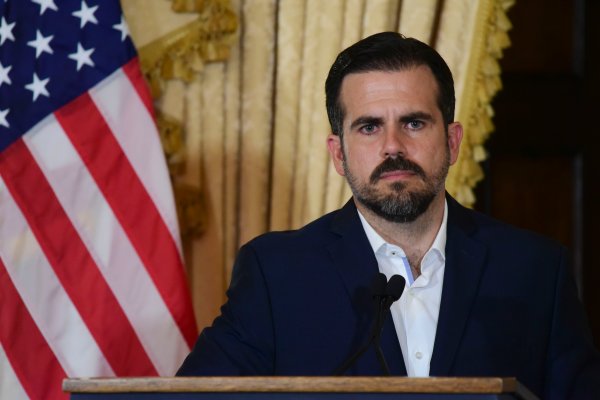