President Donald Trump set the stage for former Special Counsel Robert Mueller’s testimony before two House committees Wednesday by tweeting eight times about it before Mueller even appeared in the hearing room.

Trump’s early morning tweets continued lines of criticism he’s lobbed at the special counsel investigation since its inception and attempted to discredit Mueller before his first lengthy public remarks about his report’s findings.

The investigation, which wrapped up in March 2019, found sweeping Russian efforts to interfere in the 2016 election. It did not conclude that members of the Trump campaign had conspired with Russia, and did not reach a determination on whether Trump had obstructed justice. Mueller largely stuck to short answers before the House Judiciary Committee, offering clipped responses referring members back to the text of his report.

In the days before the hearings, Trump had said he wasn’t planning to watch, or might just watch for “a little bit.” But with no public events on his schedule until after 4 p.m., the President had plenty of time to tune in. He tweeted a quote from Fox News’ coverage of the hearing in the middle of Mueller’s testimony, which seemed to show he was watching.

Here’s are the facts behind some of the President’s tweets the morning of Mueller’s testimony.

Facts: Mueller directly refuted this claim during his testimony before the House Judiciary Committee. On collusion, Mueller explained, “We did not address ‘collusion,’ which is not a legal term. Rather, we focused on whether the evidence was sufficient to charge any member of the campaign with taking part in a criminal conspiracy. It was not.”

On obstruction, the text of the report says, “If we had confidence after a thorough investigation of the facts that the President clearly did not commit obstruction of justice, we would so state. Based on the facts and the applicable legal standards, however, we are unable to reach that judgment… Accordingly, while this report does not conclude that the President committed a crime, it also does not exonerate him.”

In his testimony, Mueller said, “The President was not exculpated for the acts that he allegedly committed.”

Facts: Mueller requested that his deputy Aaron Zebley appear beside him at the hearings, as a sworn witness before the House Intelligence Committee and as an adviser to him during the House Judiciary Committee hearing. “Aaron Zebley was the Deputy Special Counsel and had day-to-day oversight of the investigations conducted by the Office. He will accompany Special Counsel Mueller to the Wednesday hearings, as was discussed with the committees more than a week ago,” said Mueller spokesman Jim Popkin, CNN reports. According to a Washington Post review, Zebley is not affiliated with a political party and has not donated to political candidates from either party. In private practice, Zebley represented Jim Cooper, who helped Hillary Clinton set up her private email server that would later be examined in an FBI investigation, the Washington Post reports.

Facts: Trump has long referred to the prosecutors on Mueller’s team as “angry Democrats.” Mueller is a registered Republican. A Washington Post review of voter registration information in 2018 found that 13 of the 17 members of Mueller’s team had previously registered as Democrats, and four had no affiliation or their affiliation could not be found. Six members of the team had donated to Hillary Clinton. In his opening statement before the House Judiciary Committee on July 24, Mueller praised his team for conducting the investigation in a “fair and independent manner” and said they “were [individuals] of the highest integrity.”

Facts: Mueller responded to questions in the July 24 Judiciary Committee hearing about whether he had conflicts of interest in his role as special counsel. Mueller acknowledged that he and former FBI Director James Comey— whose firing by Trump helped trigger Mueller’s appointment— were “business associates” and “friends.” But when Rep. Hank Johnson (D-Ga.) said Mueller had no conflicts of interest, Mueller responded: “Correct.”

Trump is accurate on the basic timeline of Clinton deleting emails after receiving a subpoena, according to a Washington Post fact check of the claim. But according to the Post, Clinton’s staff had requested the emails be deleted months before they received the subpoena, and Comey said his investigation did not find evidence that work emails were “intentionally deleted in an effort to conceal them.”

Facts: Mueller did meet with Trump in 2017 before he was appointed special counsel. But former White House strategist Steve Bannon told investigators that “the White House had invited Mueller to speak to the President to offer a perspective on the institution of the FBI,” the special counsel’s report says. “Bannon said that, although the White House thought about beseeching Mueller to become Director again, he did not come in looking for the job.”

Under questioning about this encounter during the hearing, Mueller confirmed he had met with Trump to discuss the position, but interjected to clarify that when he spoke to Trump that day, it was “not as a candidate” for FBI director. 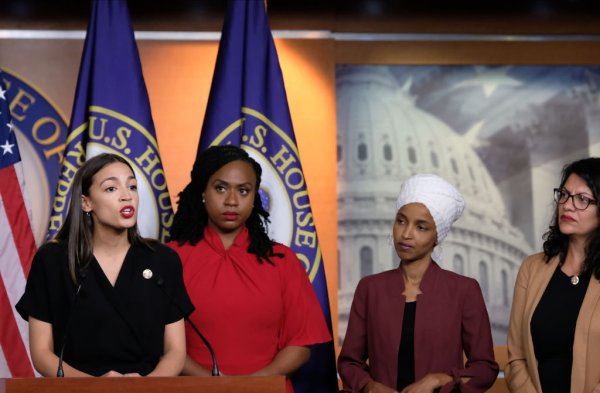