The Stakes for Democrats Couldn’t Be Higher During Mueller’s Testimony. Here's How They're Getting Ready

An illustration shows printed pages of the redacted Mueller Report at an office on April 18, 2019, in Washington, D.C.
EVA HAMBACH—AFP/Getty Images
By Alana Abramson

For Democrats on Capitol Hill, the stakes for Robert Mueller’s testimony could hardly be higher.

Democrats on the House Judiciary Committee and the House Permanent Select Committee on Intelligence have just a daylong hearing to coax the reluctant former special counsel into delivering the contents of a 448-page report into a compelling public narrative. They know that, with Mueller already stating a refusal to answer any questions beyond the contents of the report, every word of every question will count.

“It’s an explosive and damning report, [but] the reality is most people haven’t read it,” said Rep. David Cicilline, a member of the Judiciary Committee and chairman of the Democratic Policy and Communications Committee. “For many people this will be the first time they will see what’s in it and we want to be certain it is done in a clear concise way.”

Democrats have reason to ensure a careful, scripted plan is in place. After the party regained the majority in the House of Representatives last November, a key part of their oversight strategy was to bring witnesses to high-profile hearings to illuminate what they deemed the unethical and sometimes illegal wrongdoings of the Trump Administration. But the Administration has repeatedly blocked those efforts. High-profile witnesses, like White House Counselor Kellyanne Conway, Commerce Secretary Wilbur Ross, and former White House counsel Don McGahn, have, under direction from the White House, refused to comply with Congressional subpoenas mandating their appearance. As a result, Democrats have been unable to hold a blockbuster hearing since February, when former Trump attorney Michael Cohen testified before the House Oversight Committee. Cohen’s explosive testimony, while hardly groundbreaking in revelations, illuminated the alleged wrongdoings of the Trump Organization on a national stage.

Mueller now represents an opportunity to replicate that. But, as a reticent witness — Democrats are fully expecting brief, one sentence answers — lawmakers are aware that they need to collaborate and ensure everyone is on the same page.

“We’ve kind of mapped this out, very strategically, that we will walk the American people through the report and allow Mr. Mueller to explain the evidence he found,” said Cicilline.

“We have got to be careful here,” says a senior Democratic aide in the House. “We have got to stay focused on facts, and mustn’t give the President any legitimate cause to say we are on a witch hunt. Of course, he’ll say it regardless. But we shouldn’t give him reason to or prove his point.”

The preparations have been made somewhat easier by the clear organizational division between the two committees. Democrats on the Judiciary Committee, which will hold the first hearing, will focus on the second part of Mueller’s report, which deals with President Donald Trump’s efforts to obstruct Mueller’s investigation into Russian interference. The Intelligence Committee, which will conduct its hearing in the afternoon, will focus on the components of the report dealing with Russia’s actual interference efforts.

The Intelligence Committee is keeping a tight rein to avoid divulging strategy, according to one Democratic aide. But the Judiciary Committee has identified several instances from Mueller’s report they will hone in: Trump’s attempt to convince McGahn to fire Mueller, and subsequently trying to get McGahn to deny that report when it came out in the media; Trump urging his former campaign Corey Lewandowski to tell then-Attorney General Jeff Sessions to limit Mueller’s investigation to election interference and threaten to fire him if he didn’t comply; and Trump possibly engaging in witness tampering with Cohen, his former National Security Adviser Michael Flynn and campaign chairman Paul Manafort.

Democrats on the Judiciary Committee have been huddling with their staff and coordinating their questions with with Chairman Jerrold Nadler’s office, according to interviews with several lawmakers and aides. The committee also held a mock hearing on Tuesday afternoon.

“The chair and committee staff are working to coordinate all of us to make sure that we have a common play book,” added Rep. Jamie Raskin, another member on the committee. “To my knowledge everyone is being strategic.”

Democrats’ biggest impediment though, could potentially be their own members, who often use high-profile hearings to build their own national profiles or score a viral moment that ricochets across Twitter. But members pushed back on the notion that Mueller’s hearing could be fodder for this, emphasizing that the severity of the moment superseded any personal gain.

“Nobody is viewing this as an opportunity to find a viral soapbox,” said Raskin. “Everybody wants to make sure that Mueller speaks to the principal findings and conclusions of the report.”

–With reporting by Phil Elliott/Washington 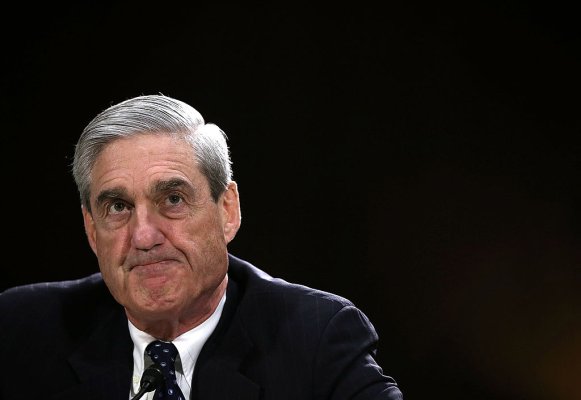 It's Testimony Time
Next Up: Editor's Pick