Taylor Swift has released a new track, “The Archer” from her upcoming album, Lover, and the lyric video for the tune has started an internet-wide treasure hunt for clues to the song’s meaning.

Right before the new song was released, Swift did an Instagram Live Session giving the song a little context. “There’s a lot that’s covered emotionally [on this album] and I really wanted to give you track five before the album came out,” she said. That song was produced by Jack Antonoff, a frequent collaborator with Swift working on songs like “Look What You Made Me Do” and “New Year’s Day” with the singer.

In her Instagram session, Swift confirmed what her fans already know, that the fifth song on her albums is traditionally her most “vulnerable, personal, honest, emotional” one and she continued that practice with “The Archer”.

Swift also said that she had been planting teasers for the new song in the music videos and social media content she has been posting over the last few months. Those words set off a musical firestorm and an online Easter egg hunt looking for past clues:

As always, fans are also determined to parse the song’s lyrics to try and figure out what it’s about. One theory is that it is a follow-up to the song “Delicate” the fifth track off of Swift’s album, Reputation.

In that song she sings, “But you can make me a drink/Dive bar on the East Side, where you at?” and some fans believe that the line taken in conjunction with the song name, means Swift is referring to The Archer, a dive bar on London’s East Side.

Some say it’s a reference to astrology, as Swift is a noted Sagittarius:

The one thing Swift fans all seem to agree on is that the song is a summer heartbreaker: 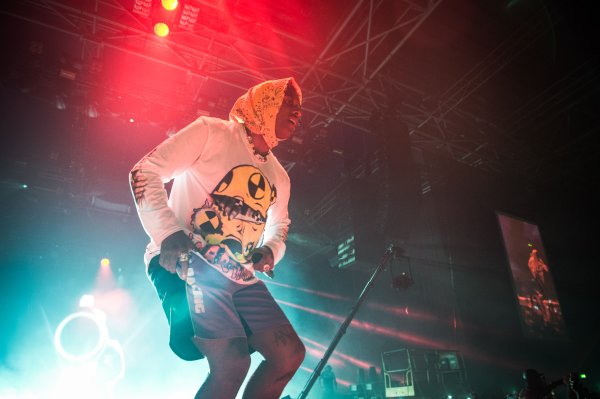 Rapper A$AP Rocky Has Been in a Swedish Jail for Two Weeks. Here's Why and Here's Who's Working to Get Him Out
Next Up: Editor's Pick