Turns Out Leonardo DiCaprio Is a Very Skilled Crasher

As Kimmel attempted to deliver his opening monologue during Monday’s episode of Jimmy Kimmel Live!, he was interrupted not only by DiCaprio, but also his Once Upon a Time In Hollywood co-stars Margot Robbie and Brad Pitt. But while Robbie and Pitt both got a sufficient rise out of the audience as they “cut through” the Live! set on their way to the Once Upon a Time in Hollywood premiere, it was DiCaprio who inspired the night’s loudest cheers. One man in the crowd could even be seen repeatedly bowing down to DiCaprio after he appeared on stage.

And once he invited Kimmel’s entire audience to come with him to the premiere, the late-night host had no chance of regaining control. “It seems like a few of them do want to go so we’ll work that out,” Kimmel joked. 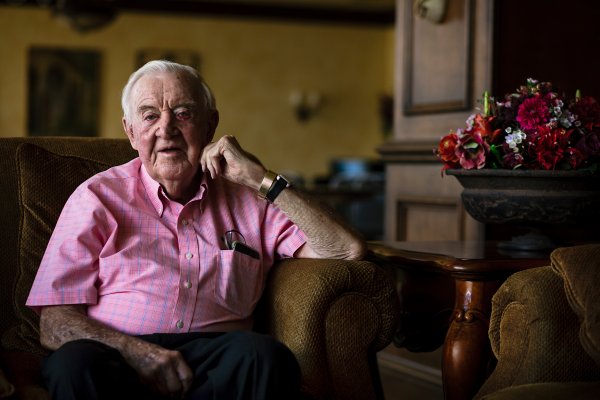