As the world—and the U.S. military—waits to see if any of the nearly two million people who signed up on Facebook for the Area 51 raid actually show up to invade the military installation to hunt for aliens, the viral story seems to have inspired a similar event overseas. This time, though, they aren’t on the hunt for extraterrestrial life hidden by the government, but for the Loch Ness monster.

Over 19,000 people have signed up to “Storm Loch Ness” on Facebook, saying that “Nessie can’t hide from us all” and that “The time is now for us to find dat big boi”. Another 40,000 say they are “interested” in the event scheduled to take place on September 21st.

The volunteer Royal National Lifeboat Institution (RNLI) crew who monitors Loch Ness really hopes that no one actually shows up, according to the BBC, as they don’t have the resources of the U.S. military, which is fully prepared to fend off any jokester planning to actually storm Area 51.

The RNLI spokeswoman reminded anyone considering an invasion that Loch Ness is chilly, with an average temperature of just six degrees Celsius (42 Fahrenheit) and “that conditions [can] deteriorate quickly on the loch” making rescue a challenge, especially if 19,000 people actually show up to hunt for the Loch Ness monster. While their lifeboats are big, they aren’t that big.

At least one long-time Nessie watcher is convinced the cryptid is actually just an oversized catfish. 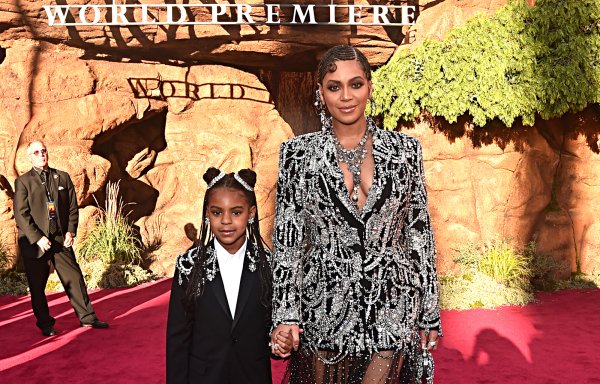 Blue Ivy Paved the Way for the Joyful Challenge Taking the Internet By Storm
Next Up: Editor's Pick