Canada’s national police force live-streamed a press conference regarding a double homicide on Friday and added animated cat-like features to the presiding officer.

Facebook’s video technology has the capabilities of overlaying the recording with filters that distort or change the video’s subject. The Royal Canadian Mounted Police of British Columbia appear to have used a Facebook filter on Sgt. Janelle Shoihet, who led the briefing, that included whiskers and cat ears.

The national police later clarified on Twitter that the use of the filter was inadvertent.

“We are aware and addressing it as it’s an automatic setting,” the police force said, before posting an updated video without the cat filter.

In the briefing, police were updating the press on the deaths of an American woman and her Australian boyfriend, whose bodies were found along a remote highway in British Columbia.

A similar live-streaming blunder occurred in northwest Pakistan when a regional prime minister, Shaukat Yousafzai, appeared to apply the same Facebook cat filter to a virtual version of a press conference for local constituents in June. 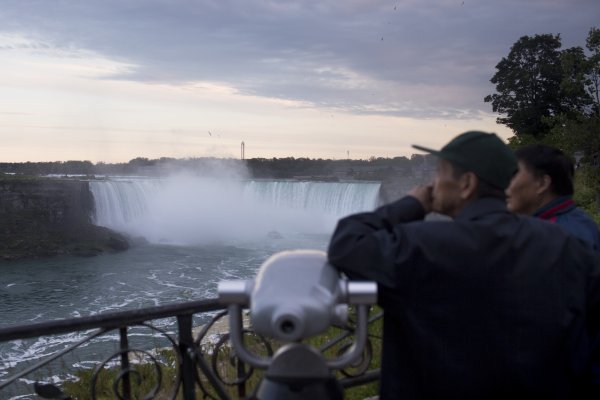 Man Survives Being Swept Over Niagara Falls
Next Up: Editor's Pick