Could Queen Elizabeth Stop a 'No Deal' Brexit?

The question has been dismissed as pure fantasy by those on both sides of the Brexit debate in the past. But according to a new report by the BBC’s Newsnight program, rebel lawmakers have drawn up a plan to ask Britain’s constitutional head of state to take the most drastic step of her 67-year reign, wading into U.K. politics for the first time ever in order to stop a so-called “no deal” Brexit.

The news comes as Britain prepares itself for a new Prime Minister, expected to be former Foreign Secretary Boris Johnson. Some lawmakers are now concerned that Johnson—who is in favor of a hard break with the European Union—will try to push through a “no deal” Brexit, where the U.K. leaves the political and economic bloc without an agreement for trade and commerce to continue. A majority of lawmakers in Parliament are against a “no deal” Brexit, but Johnson has refused to rule out overruling parliament via prorogation, or effectively locking the chamber’s doors so no vote can take place.

To prevent this, the BBC reports, these unnamed lawmakers would invite the Queen to travel to the next E.U. summit in place of Johnson, in defiance of precedent and constitutional norms. There, under the plan, the Queen would ask other E.U. leaders to delay the U.K.’s departure, foiling Johnson’s plan to leave with or without a deal on the current deadline of Oct. 31.

But there’s a sizeable hitch: no monarch has so directly involved themselves in the country’s politics since 1707, when Queen Anne refused royal assent to a bill. Like her ancestors, the Queen is bound by convention to be entirely neutral in the running of the country. Although she meets with the Prime Minister regularly, she does not vote and has never publicly intervened or ventured opinions on political matters.

So while technically possible it would be nothing short of a constitutional overhaul if this plan were to go ahead — and outside of the realms of plausibility, according to one leading expert.

“This idea that the Queen could be asked to go on a mission to some European summit is completely wacky,“ Robert Hazell, a professor of Government and the Constitution at University College London, tells TIME. “E.U. summits are heads of government meetings. They are not meetings of heads of state. The Queen of Denmark is not going to be there. The King of Sweden is not going to be there. The Queen would be a very very odd one out if she attended as a representative of the British government.”

These constitutional questions are still hypothetical, but they may not be for much longer. A majority in parliament has vowed to stand in the way of a no-deal Brexit. And yet Johnson has said the U.K. will leave the E.U. on Oct.31, “do or die.” One side will have to back down, whether Queen Elizabeth is involved or not. 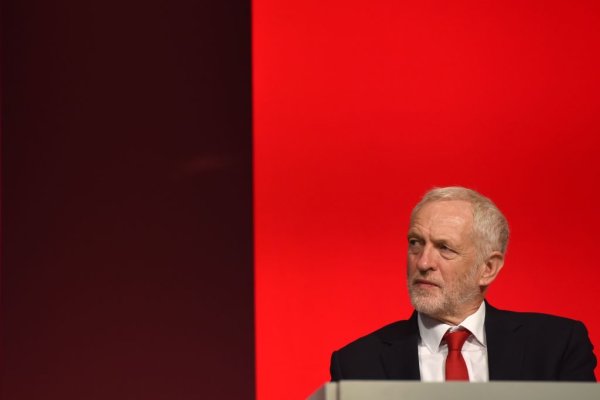