Beyoncé's 'Forever Mood' and a Country Supergroup. These Are the 5 Songs of the Week to Listen to

Beyoncé comes out swinging on her new The Lion King: The Gift collaborative album to go along with the Disney remake’s release, with “MOOD 4 EVA” an instant mood-booster. Some of country’s top women, including Maren Morris and Brandi Carlile, join together on The Highwomen, with their first song “Redesigning Women” a self-aware look at responsibilities and roles. Pop stars Charli XCX and Christine and the Queens make a powerful duo on the glittering “Gone.” Sam Smith is back with a bittersweet dance track, “How Do You Sleep?” And Anthony Ramos makes a soulful debut on “Dear Diary.”

When Beyoncé became part of The Lion King franchise as the voice of Nala in the cartoon remake out this week, Disney probably knew they’d managed a major coup. But the real win here is the companion album that Queen Bey put together to go along with the film, The Lion King: The Gift. It is a gift indeed, with contributions from up-and-coming artists like Mr Eazi, SAINt JHN and Tierra Whack, among others. (There’s even a Blue Ivy Carter cameo on “BROWN SKIN GIRL.”) But it’s “MOOD 4 EVA” that works as her ultimate flex, showcasing Beyoncé on top of the world over a light Afrobeat. “Why would you try me? Why would you bother?” she asks, supremely confident, her line delivery underscored with a laugh. “I am Beyoncé Giselle Knowles-Carter… I be like soul food, I am a whole mood.” Jay’s verse and Childish’s contributions add some historical context, but this is Bey’s party.

British pop experimentalist Charli XCX and French pop ingenue Christine and the Queens make for a powerful pair in “Gone,” a new song off of Charli’s upcoming collaborative album Charli, out this September. Charli’s sound is often identifiable by her use of hollow, metallic percussion and futuristic production; Christine is more recognizable for her warm, almost retro tones. On “Gone” together, the contrast between the two turns into a complex combination of driving beat and searching vocals. “Why do we love if we’re so mistaken?” they wonder. “Why do we leave when the chase is done?” They may both be feeling deeply alone, but at least they can share in their frustration.

Brandi Carlile, Natalie Hemby, Maren Morris and Amanda Shires are all folk and country superstars in their own right. Together, as the new collaborative group The Highwomen, they’re here to fill a Dixie-Chicks-shaped hole in our lives. It feels like a response to the boys’-club culture of country, as well as a moment for the women to have fun making music together. “Redesigning Women” leans in to their identities as hard workers juggling expectations: “Running the world while we’re cleaning up the kitchen / Making bank, shaking hands, driving eighty / Trying to get home just to feed the baby,” they sing over a mellow country tune. The video drives the point of sisterhood home, bringing in an huge cast of fellow female country artists to join the party: Lauren Alaina, Kassi Ashton, Cam, Lilly Hiatt, Wynonna Judd, Catie Offerman, Cassadee Pope, Erin Rae, Raelynn, Natalie Stovall, Tanya Tucker, Anna Vaus and Hailey Whitters all show up. There’s plenty of room for all in the house of The Highwomen.

Brooklyn-born singer-actor Anthony Ramos got his breakout star turn as part of the original cast of Lin-Manuel Miranda’s Hamilton on Broadway, playing the lead’s son. He’s followed that up with appearances in She’s Gotta Have It and A Star Is Born, and is set to be the lead in the movie adaptation of In the Heights. But Ramos has also been busy in the studio recording original music, with “Dear Diary” as his first release off an upcoming solo album. Soulful and intimate, it’s a confessional song about growing up and making good on his career dreams without losing sight of his roots. “It doesn’t matter where life leads me,” he promises his family, I’ll be coming home, I’ll be coming home.” His voice has a sweet, unhurried quality that makes you feel immediately at ease in its presence.

“How Do You Sleep?,” Sam Smith

“How Do You Sleep?” starts off as a lullaby of sorts, a morose Sam Smith wallowing in sadness (which, of course, he does beautifully) over a tinkling synth melody. But it turns out that this song is actually a celebration in its own way, too — or at least, that’s what his sharply choreographed music video would suggest. (That choreography comes from the great Parris Goebel.) Smith’s sweet spot has always been the knife’s-edge between uplift and melancholy, which he balances delicately here as well. With its pop-meets-dance vibe, it should come as no surprise that one of the song’s producers is perennial hitmaker Max Martin. “How do you sleep when you lie to me? All that fear and all that pressure,” he scolds a lover gone astray. 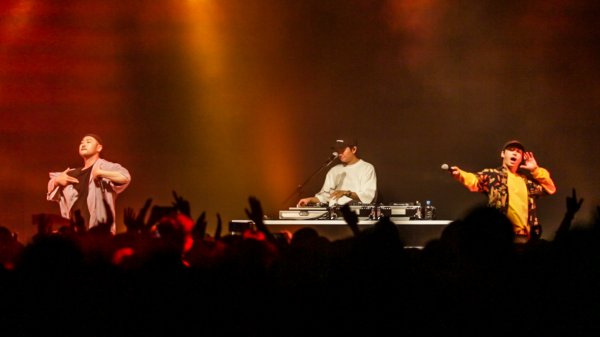