A view of tabulators working at their desks in the Census Bureau.
Thomas D. McAvoy—The LIFE Picture Collection/Getty Images
By Abigail Abrams

After months of headlines, presidential tweets and a Supreme Court decision, the 2020 Census will not ask people about their citizenship status.

President Donald Trump and his advisers tried to add the question, claiming it was necessary to help enforce the Voting Rights Act, while Census Bureau officials, civil rights advocates and a coalition of dozens of states and cities argued the real intent was to scare immigrants and prevent a growing portion of the U.S. population from being counted. The Supreme Court ultimately blocked the citizenship question and ruled the Administration’s justification was “contrived” — but the controversy is far from over, and is sure to come up when the Director of the U.S. Census Bureau, Steven Dillingham, testifies before Congress on Wednesday.

But this is not the first time such debates have surfaced. The census has always been political, since the framers of the Constitution created it as a tool for determining political representation, and today’s controversy over the 2020 Census specifically echoes a crisis that occurred almost exactly 100 years ago.

Then, as now, the controversy centered on the presence of immigrants and the rising importance of cities. These changes were key because the Census not only counts how many people live in the U.S., but it also determines how much voting power and funding different areas of the country receive; as populations change, so do they. Those measurements are supposed to be updated as each Census is conducted every 10 years, and it has long been understood that a correct update requires counting all residents, not just all citizens.

But when the 1920 Census results came out, Congress was so unhappy with its results that they ignored the numbers for nearly a decade, refusing to adjust even as the composition of the American population was clearly changing.

The years leading up to that Census had already seen a rise of anti-immigrant fervor, concern over labor unions and other “radicals,” and race riots igniting across the Midwest. It was in this context that the 1920 Census determined that the U.S. not only already included a large number of immigrants, but also that the majority of Americans officially lived in cities for the first time in the nation’s history. This represented a major shift from just a few decades earlier, when most Americans lived in the countryside and many worked on farms. Now, the country had become industrialized and the government had evidence that people were flocking to urban areas from their rural surroundings and from abroad. Applying the results of the Census would mean moving power and funding to cities, which leaned toward the Democratic Party.

This all proved too much for the Republican-dominated Congress, many of whom were elected from rural districts. So the members of Congress claimed the census numbers simply had to be wrong.

“The numbers weren’t wrong,” says Margo Anderson, a historian at the University of Wisconsin-Milwaukee and author of The American Census: A Social History. But the idea of an urbanizing population, especially one increasing due to immigration, “seemed horrific” to nativist members of Congress — many of whom were in the party in control.

So Congress managed to delay reapportionment each session until 1929. In fact, they were so concerned about the presence of immigrants that they tried to amend the Constitution to bar non-citizens from being included in the counts used for apportionment.

While that did not succeed, the concern over immigration during those years led Congress to enact strict immigration quotas. The Immigration Act of 1924 tightly limited immigrants from southern and eastern Europe, expanded a ban on Asian immigrants and restricted immigration overall.

“The thinking was, if in fact the country going to hell in a hand basket because of those people, then you stop those people from coming,” explains Anderson.

When Congress finally did pass a re-apportionment law in 1929, it also created a system that meant future Census results would automatically trigger re-apportionment unless Congress acted affirmatively to stop that. But in order to secure this measure, they struck a compromise that allowed rural interests to maintain control over how they apportioned power within their states — in other words, the number of seats in Congress for each state would shift automatically, but that didn’t necessarily mean representation for cities would increase proportionally. “The result was wink wink nod nod, you reapportion Congressional seats among the states, but you allow states to massively malapportion within the states,” Anderson said.

States were thus allowed to gerrymander districts or not reapportion their districts at all, if they wanted to keep power in certain hands for decades at a time. That system remained in place until the “one person, one vote” court decisions in the 1960s. Today there are stricter laws about apportionment, and Congress — or the President — could not stop Census results from being used the way they did in the 1920s. But the tensions from that decade still inform the context of the contemporary Census battle.

Trump’s rhetoric about immigrants and minorities is also likely to stick with people as they fill out the Census next year, making some wary to give the government their information even without an official citizenship question. States, civil rights groups and local community leaders are now going to have to do extra work to convince people it’s worth being counted, says Anderson. “The Census is a pretty voluntary enterprise. You have to have massive public support so that people will get this form and fill it out,” she says. “I think things are still very, very fraught.”

There is still time for the political environment to change before Americans start receiving their Census forms, and officials and advocacy groups are experienced at encouraging participation. But there’s a long way to go before we have a certain Census count, and Trump is unlikely to let the discussion go just because the courts have ruled against him. He has also shown a willingness to raise doubts about the results of other parts of the democratic process — and Anderson says 1920 is a warning for the trouble that can follow if government officials start to question who is filling out the Census or the validity of its final results.

“That would be a big problem,” Anderson said. “That’s where we’re going.” 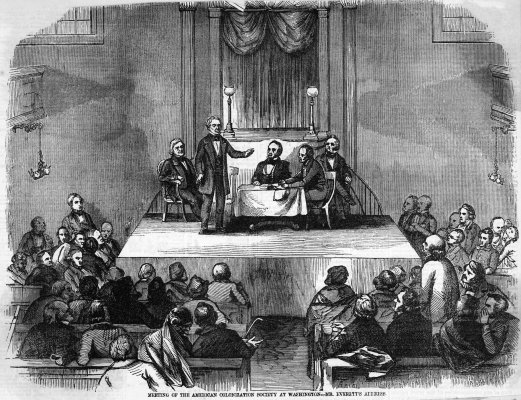 The History That Came Before the 'Send Her Back' Chants
Next Up: Editor's Pick