A Murder Conviction Was Overturned Using DNA and a Family Tree

Christopher Tapp celebrates after a post-conviction relief hearing at the Bonneville Courthouse in Idaho Falls, Idaho on March 22, 2017.
Taylor Carpenter—AP
By Amy Gunia

A man was cleared for a decades-old murder case Wednesday using DNA and genetic family tree information, the first time a new genetic investigative method has ever led to an exoneration.

Christoper Tapp, 43, served 20 of a 30 year sentence for the 1996 rape and murder of a woman named Angie Dodge, reports Agence France-Presse (AFP).

His conviction was overturned by a court in Idaho after evidence emerged through a technique called “genetic genealogy,” which was also used to identify the “Golden State Killer.” It requires making DNA matches with distant relatives.

The DNA evidence led police to another suspect, the victim’s neighbor Brian Dripps, who was arrested in May and confessed to the crime.

“It’s a new life, a new beginning, a new world for me, and I’m just gonna enjoy every day,” Tapp said at the end of the hearing, according to local media cited by AFP.

AFP reports that Tapp was sentenced in 1998, based only a confession which he later retracted. The court agreed to release him from prison in 2017, but the charges were not dropped.

“It’s just such an incredible feeling to be a part of clearing an innocent man’s name,” CeCe Moore, the genetic genealogist who worked on the case, reportedly told ABC.

Several popular websites in the U.S. collect the DNA samples of users and allow them to find relatives online by posting their results and generating a list of matches. The websites can also be used by police to find possible matches or relatives of people whose DNA is found at crime scenes.

According to AFP, about 70 cases have been solved using DNA matches with distant relatives, including the notorious Golden State Killer, who is believed to be responsible for 12 murders and more than 45 rapes in California. 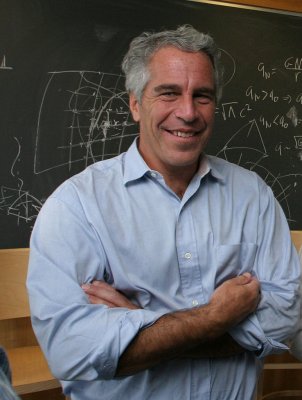 Ohio State University Is Reviewing Millions in Donations Linked to Jeffrey Epstein
Next Up: Editor's Pick