Nazanin Zaghari-Ratcliffe, a British-Iranian Imprisoned in Iran, Has Been Moved to a Psychiatric Ward

Richard Ratcliffe, the husband of detained Nazanin Zaghari Ratcliffe, outside the Iranian Embassy in London on June 29, 2019.
Jonathan Brady—AP
By Amy Gunia

The husband of Nazanin Zaghari-Ratcliffe, a British-Iranian woman who has been in jail in Iran for more than three years, says she has been moved to a hospital psychiatric ward, according to the BBC.

Zaghari-Ratcliffe, who worked for the Thomson Reuters Foundation, was arrested at the end of a family visit in April, 2016. She was reportedly convicted of spying and spreading propaganda, which she denies.

Ratcliffe says he fears the Iranian Revolutionary Guard might be isolating his wife to pressure her to sign denouncements, the BBC reports.

According to the BBC, her father visited the Tehran hospital Tuesday, but was not allowed to see her.

The Free Nazanin Campaign said that before her transfer, Zaghari-Ratcliffe told family, “I was healthy and happy when I came to Iran to see my parents. Look at me now — I ended up in an asylum. It should be an embarrassment.”

“Prison is getting harder and harder for me. I hate being played in the middle of a political game. I just hate it,” she said, according to Reuters.

Zaghari-Ratcliffe was imprisoned after visiting family in Iran in April 2016.

In March, U.K.’s foreign minister announced that Zaghari-Ratcliffe would receive diplomatic protection, representing recognition by the British government that her treatment is unjust and illegal. 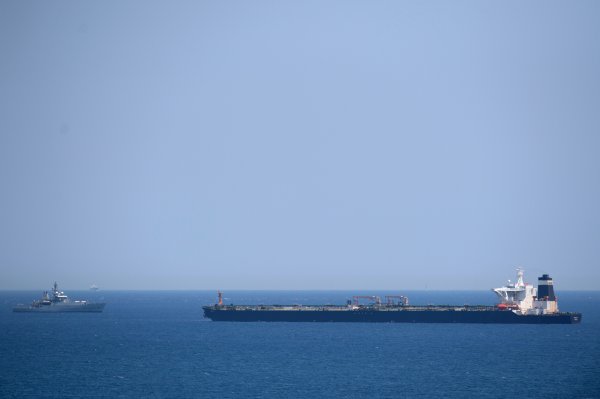