U.K.'s Boris Johnson Once Claimed Islam Had Put the Muslim World 'Centuries Behind' the West

Boris Johnson, the U.K. lawmaker expected to become the country’s prime minister, once argued that the practice of Islam had historically put the Muslim world “literally centuries behind” western countries, an article unearthed by a British newspaper reveals.

“There must be something about Islam that indeed helps to explain why there was no rise of the bourgeoisie, no liberal capitalism and therefore no spread of democracy in the Muslim world,” Johnson wrote in an essay included in a 2007 version of his historical book The Dream of Rome, The Guardian reports.

Johnson suggested that the religion had played a role in inhibiting the Islamic world’s technological and cultural progress. “It is extraordinary to think that under the Roman/Byzantine empire, the city of Constantinople kept the candle of learning alight for a thousand years, and that under Ottoman rule, the first printing press was not seen in Istanbul until the middle of the nineteenth century,” Johnson wrote. “Something caused them to be literally centuries behind.”

The lawmaker also claimed that “Muslim art” had never produced anything comparable to Michelangelo’s 16th Century masterpiece on the ceiling of the Sistine Chapel, in part “because it is beyond the technical accomplishment of Islamic art.”

Johnson, who championed the successful 2016 campaign for the U.K. to leave the E.U., is the strong favorite to win his Conservative party’s leadership race, ending July 23 – meaning he will likely replace Theresa May as prime minister. He has previously come under fire for inflammatory statements about the Muslim community, including his claim in a 2018 column for rightwing newspaper The Telegraph that women who wear burqas – the full-face veil – look like “letterboxes” and “bank robbers.”

In the 2007 essay, titled “And Then Came the Muslims,” Johnson quoted Winston Churchill’s statement that there was “no stronger retrograde force” in the world than Islam, according to The Guardian.

“It is time to get deep down and dirty and examine the central charge made by everyone from Winston Churchill to the Pope, namely that the real problem with the Islamic world is Islam,” he wrote. “We must be honest and accept that there is more than a grain of truth in Churchill’s analysis of the economic and social consequences of the religion.”

The politician added that he hopes he will not be accused of Islamophobia, because his great-grandfather, Turkish journalist and politician Ali Kemal, had been a Muslim.

Johnson’s campaign did not immediately respond to TIME’s request for comment. 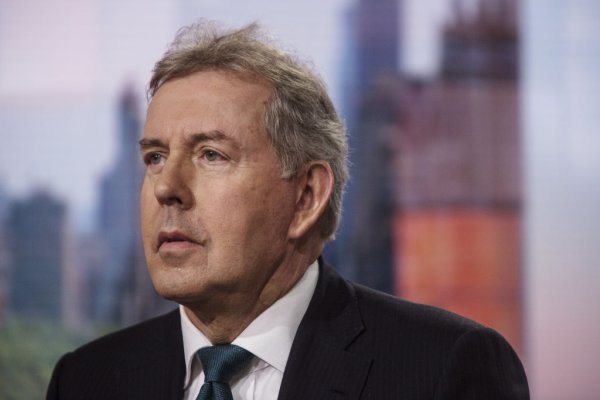 British Politicians and Former Diplomats Are Furious That Trump 'Bullied' Their Ambassador Out of Office
Next Up: Editor's Pick