Turns out humans aren’t the only ones who enjoy a refreshing dip in the sprinkler when it gets too hot outside — moose apparently do too.

In a video shared by an Anchorage homeowner, an overheated moose can be seen lying next to a sprinkler in order to cool off during the record-breaking heat wave that enveloped much of Alaska in the past week.

“Alaska is dealing with a record heat wave right now and everyone is doing what they can to stay cool. Even the wildlife,” the video’s description reads. “This moose was just chilling under sprinkler after sprinkler hopping from yard to yard before finally settling down for a good soak.”

While Alaska’s average temperature hit its highest level ever recorded on back-to-back days last week, temperatures in Anchorage hit 90 degrees for the first time in the state’s recorded history on July 4. The city then matched its previous record temperature of 85 degrees on July 7 and 8. Normal temperatures this time of year in Anchorage range in the 60s.

No wonder this poor moose was in desperate need of some relief from the heat! 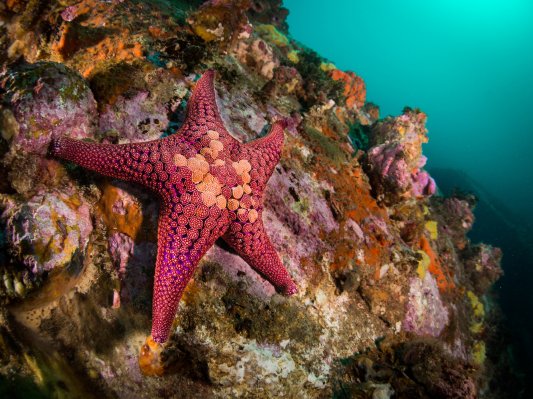 'People Just See What They Want to See.' Why That Starfish's Physique You're Seeing Everywhere Can Totally Be Explained By an Expert
Next Up: Editor's Pick