The Right to an Abortion Is Under Threat. But States Are Stepping Up to Protect It

Over a thousand New Yorkers joined pro-choice activist groups and elected officials at Foley Square on May 21, 2019 to take part in a national day of action and across the country for abortion rights at the NYC Stop the Bans Rally.
Erik McGregor—Pacific Press/LightRocket/Getty Images
Ideas
By Andrea Miller
Andrea Miller is the President of the National Institute for Reproductive Health Action Fund.

In 2016, candidate Donald Trump said that determining whether abortion is legal should “go back to the individual states.”

Today, states are indeed setting the terms. While hundreds of laws restricting abortion have passed in the states since Roe, creating significant barriers for many, particularly low-income women, women of color, young women and women living in rural communities, this year, a shocking number of states from Alabama to Ohio have acted with exceptional vigor, passing near-total bans in rapid succession.

But the actions of politicians racing to inspire a challenge to Roe v. Wade have not gone unanswered. Following, and in expectation of, the new anti-abortion restrictions, many states have moved with renewed resolve to protect abortion rights, building on the groundwork advocates and legislators have been laying for years. Their actions brim with an urgency that is on the rise across the country, as voters come face-to-face with the reality that, with a conservative majority on the Supreme Court, abortion access as we know it could truly disappear.

Recent polling shows that in no state do a majority of people want to ban abortion in all circumstances. Yet that is essentially what a handful of states pushed through. The result? An invigoration of the political will to ensure that abortion rights remain a reality that has set the country on a new trajectory as we head into the 2020 election.

This reaction mirrors what the National Institute for Reproductive Health (NIRH) has observed in focus groups across the country. When we asked voters if they would take action to improve abortion access, they often gave lukewarm responses — presuming that access is secure even in states with severe abortion restrictions. But when participants learned of the hundreds of restrictions that states have passed to try to push abortion out of reach – scripts that providers must read containing inaccurate information, waiting periods, medically unnecessary ultrasounds, politically motivated regulatory schemes that shuttered clinics and more – people grew enraged at these attacks on abortion access. Once the threat is revealed, action soon follows.

The momentum is unprecedented.

A number of blue states passed laws to protect abortion rights in the 1990s, but since then most have relied on federal law – after all, Roe ensures that abortion is still legal in all 50 states. In the first six months of 2019, however, states have enacted 94 bills designed to protect and expand access to not just abortion but to the full range of reproductive care, including contraception, maternal health and sexuality education – a nearly 30 percent increase in proactive legislation from this timeframe last year, according to NIRH’s Gaining Ground: 2019 Midyear Report. And specifically related to abortion, eight states enacted eleven laws to protect abortion rights and expand access to this care.

New York’s Reproductive Health Act (RHA), passed in January, removed abortion from the state’s criminal code and now treats the procedure as health care, and it enshrines the same protections guaranteed by Roe. Since then, Illinois and Rhode Island have followed suit with similar legislation, as has Vermont, which passed an even more expansive law, and is led by a Republican governor. Nevada passed a law to ensure women cannot be prosecuted for ending a pregnancy, and Maine passed legislation requiring the state’s Medicaid program to cover abortions, demonstrating another way for states to increase access. And although it did not pass a law, New Mexico moved further than it ever has toward repealing its pre-Roe criminal abortion ban, setting the stage for future action.

The renewed threat has created pushback even in states that have been noteworthy for their legislature’s antipathy toward reproductive freedom. In Wisconsin, four anti-abortion bills were passed, but newly elected Governor Tony Evers promptly vetoed the dangerous legislation, following in the footsteps of North Carolina Governor Roy Cooper who also recently vetoed an anti-abortion bill saying it was “unnecessary interference between doctors and their patients” and would have criminalized healthcare providers for a “practice that simply does not exist.”

Recent abortion bans have brought to the fore the fact that abortion rights and access to reproductive health care is a fundamental part of the fabric of our society. And, nationwide, it’s clear: with the exception of a small minority of extremists, people across the country want that fabric to remain intact. 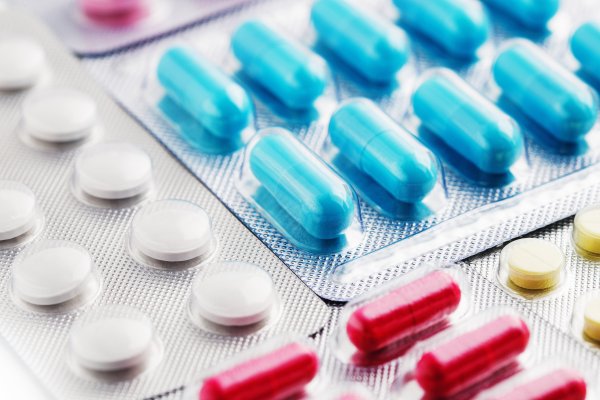