Most Americans, Including Smokers, Like the Idea of Less-Addictive Cigarettes

The majority of American adults, including current smokers, would support cigarette manufacturers making their products less addictive, according to new data from the U.S. Centers for Disease Control and Prevention (CDC).

The CDC’s data, which were published in the American Journal of Preventive Medicine, came from a 2018 survey of more than 4,000 U.S. adults. About 81% of these respondents said they would support cigarette manufacturers making cigarettes that contain lower levels of addictive nicotine, according to the data. Eighty-four percent of former smokers held that position, compared to about 81% of both never and current smokers.

That’s a huge jump since 2010, when just 50% of respondents favored the proposal, the authors write.

Support was much lower, however, among those using tobacco products other than cigarettes, including cigars, e-cigarettes and chewing tobacco. Non-cigarette users “might have less favorable attitudes because of concerns that such a standard could eventually lead to restrictions on the availability and characteristics of other tobacco products,” the authors write. The study did not specify which products these individuals were using, but the number of Americans using e-cigarettes for nicotine delivery has skyrocketed in recent years.

The idea of a lower-nicotine cigarette isn’t purely hypothetical. In March 2018, as part of a comprehensive plan to reduce the public health burden of tobacco use, the Food and Drug Administration (FDA) announced an advanced notice of proposed rule-making that, if enacted, would “lower nicotine in cigarettes to minimally or non-addictive levels.” A concurrently published New England Journal of Medicine report estimated that the policy could help 5 million smokers quit within a year, and over time prevent millions of premature deaths from smoking-associated conditions such as cancer and heart disease.

When or if the FDA’s proposed rule could take effect remains to be seen, but the authors of the new study say their data could speed the process along, since “population-level attitudes can guide implementation and sustainment of tobacco control interventions.” 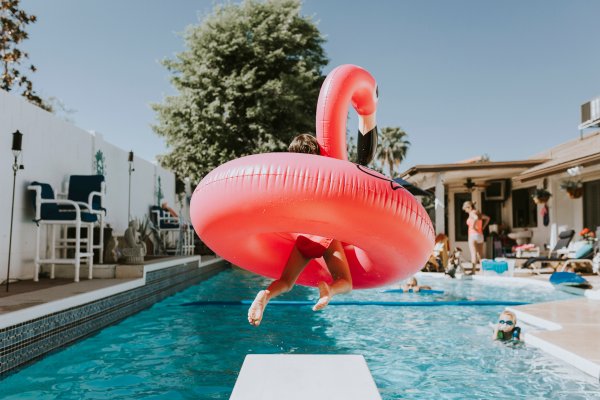 A Fecal Parasite Is Causing More Disease Outbreaks, and Swimming Pools May Be to Blame, CDC Says
Next Up: Editor's Pick