The Trump Administration is threatening the extend its trade war to France as the country prepares to hit big tech companies––many of them American––with a new tax.

A 3% levy on tech giants was approved by the French Senate on Thursday, despite it upsetting the U.S., which has announced it has launched an inquiry into the law.

“The United States is very concerned that the digital services tax which is expected to pass the French Senate tomorrow unfairly targets American companies,” said U.S. Trade Representative Robert Lighthizer in a statement.

“The President has directed that we investigate the effects of this legislation and determine whether it is discriminatory or unreasonable and burdens or restricts United States commerce.”

Any digital company with revenue over €750 million (about $850 million)––of which €25 million is generated in France––will be subjected to the 3% levy, which will be based on total revenue generated in the country, rather than profits.

France is the first country in Europe to introduce this kind of tax. It would hit about 30 companies, including Google, Apple, Facebook and Amazon. It will also apply to companies from China, Germany, Spain and the U.K. and one French company.

Global tech companies have been accused of avoiding tax by shifting profits to countries with very low taxes, where they have headquarters, rather than where they make their sales.

“We must act against the perverse effects of a regulatory and fiscal framework that allow digital giants to grow without any limits and without any control,” French Finance Minister Bruno Le Maire said when he introduced the bill earlier this year.

The tax faced criticism from tech executives, who said it would damage French President Emmanuel Macron’s attempt to transform the country into a “start-up nation.”

“It’s quite possible that there will be heightened trade tensions between the U.S. and France as the Americans view the digital tax as unfairly targeting U.S. tech companies which falls afoul of ‘America First,’ the doctrine that guides U.S. economic policy,” Linda Yueh, an adjunct professor of economics at the London Business School, said in an email.

But, she added, other countries are already looking at new taxes on big tech companies. “France is unlikely to be alone,” Yueh said.

The tax will be retrospectively applied from early 2019, raising around €400m ($450m) for the French government this year. 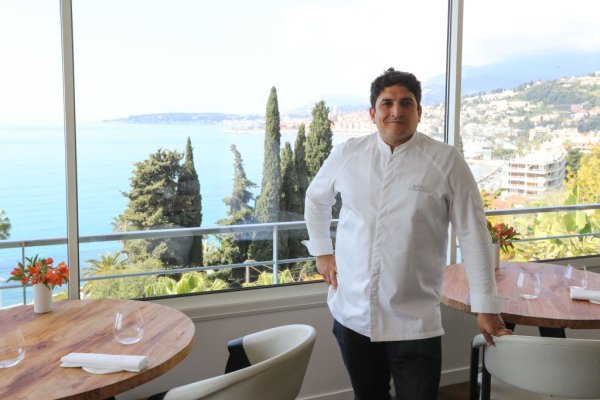 This Spot in France Was Named the Best Restaurant in the World for 2019
Next Up: Editor's Pick