Perot speaks to the press in June 1992; the Texas billionaire ran for President that year as well as in 1996.
Carlos Osorio—AP
Ideas
By Larry King
King is an Emmy and Peabody-winning journalist who has interviewed tens of thousands of newsmakers over the course of his 62-year career in broadcasting. Best known for his 25-year run as host of CNN's Larry King Live, he is currently the host of the Emmy-nominated Larry King Now and PoliticKING with Larry King on Ora TV.

I once asked Ross Perot, who died July 9 at 89, to tell me the secret of his success. He said that he sells umbrellas when it’s raining. He knew there was a right place and a right time to take advantage of an opportunity. And boy, did he ever!

I’ll never forget the day he came on Larry King Live in 1992 to talk about President George H.W. Bush’s economic policies. As he was a wildly successful businessman, a lot of people were pushing him to run for Bush’s job himself. When he told me he wasn’t suited for it, something in me didn’t believe him. So I asked again later. Still no. Toward the end of the interview, I asked a third time. This time he looked at me and said, “If I can get on the ballot in all 50 states, I’ll do it.” We made history that night. His campaign began on cable television. So, though Perot lost the election, he changed politics. Here’s this little man, who–let’s face it–didn’t have a typical presidential look, but he was able to speak to people directly. He brought an informality to TV politics, whether touting his economic plans via infomercial or coming on my show as a private citizen, after the election, to debate Vice President Al Gore about NAFTA. The audience had never been more informed.

When I spoke to him about six months ago, he was as curious as ever. I think he would have made an interesting President: he had a lot of deep-rooted American values, though he certainly went his own way. 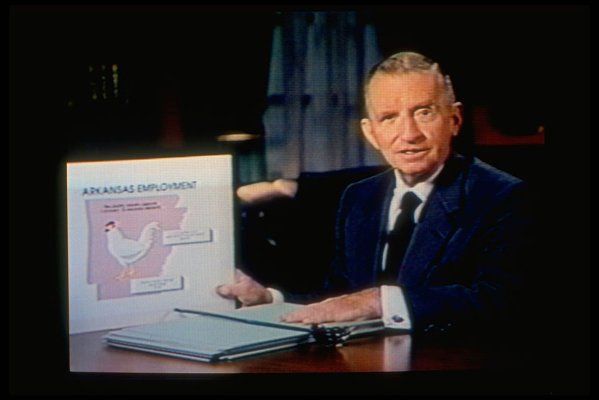 How Ross Perot Changed Political Campaigns
Next Up: Editor's Pick