A Puma in the Airplane Bathroom, a Wikipedia Page Deleter and More in Chuck Klosterman's Latest

Chuck Klosterman has long been a celebrated sports and culture writer, producing prolific nonfiction for major outlets and helping to launch the beloved website Grantland with Bill Simmons. Raised in Captivity: Fictional Nonfiction, Klosterman’s first collection of short stories, extends his trademark curiosity and whirring intelligence to the realm of fiction.

The short stories here, 34 in total, are truly short, fewer than 10 pages on average. But what they may lack in development or structure, they make up for in originality and humor. In sports terms, if this book were a football offense, it would rely on quick slant passes and hurrying to the line of scrimmage to snap the ball again.

Here’s a sampling of these brief bursts of imaginative firepower: In the title story, a traveler discovers a puma in an airplane bathroom. (“Maybe this was advertising. Maybe this is some kind of guerrilla marketing for Puma basketball shoes … maybe mankind has encroached upon nature too much, to the point of no return.”) In “Cat Person” (a title that cheekily references Kristen Roupenian’s viral New Yorker story of the same name), a cop and a journalist discuss a spate of incidents in which someone has been using cats as a sort of biological weapon, rubbing them on citizens to spread the Toxoplasma gondii infection they carry. In “Rhinoceros,” a man meets with an old friend who has gained some infamy by committing the “insouciant cybercrime” of permanently deleting Wikipedia entries. And in “The Secret,” the protagonist is brought down into a government bunker where hundreds of participants flip coins to track the unraveling of the universe, evidenced by the fact that a coin flip is drifting away from a 50-50 proposition.

Klosterman’s work is motivated by his interest in ideas or, rather, his interest in society’s interest in ideas: how we come to them, experience them and abandon them. In these short pieces, he uses largely faceless characters to test accepted realities, such as time, technology, death and football, to an extent well beyond the reach of nonfiction. The effect of these almost scrollable-length stories is at once familiar and uncanny. It feels like a replication of the fractured way we are forced, in the age of technology, to mediate reality and attempt to understand the world around us.

Mancusi is the author of A Philosophy of Ruin. 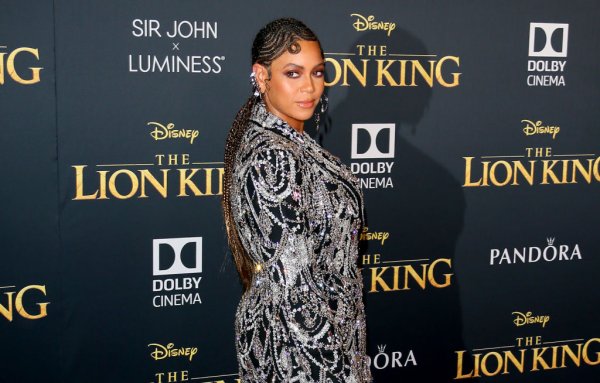 Just Try to Sing Along to Beyoncé's New 'Lion King' Song
Next Up: Editor's Pick