'Only the Strong Survive.' How Israel's Benjamin Netanyahu Is Testing the Limits of Power

Prime Minister Benjamin Netanyahu is pacing the stage at a cyber-conference in Tel Aviv, and he is not happy. For the past seven minutes, he’s been making the case that his policies have launched a booming tech industry in Israel and enabled the tiny country that once fought for its existence to become a security force around the globe. He’s holding his shoulders up and back, a stage tip he got from Sean Connery. His red tie, white shirt and dark suit mirror a certain American President who has emerged as a massive Netanyahu ally.

But there’s a problem. Graphics on the giant screen behind him keep popping up at the wrong time. “Who’s dealing with the slides? Get that person out of there,” Netanyahu says, with the sweep of an arm. He makes his next point, then orders: “Now show a slide.” Pause. Nothing. “God, I’ve never had this happen before. This will require debriefing.” 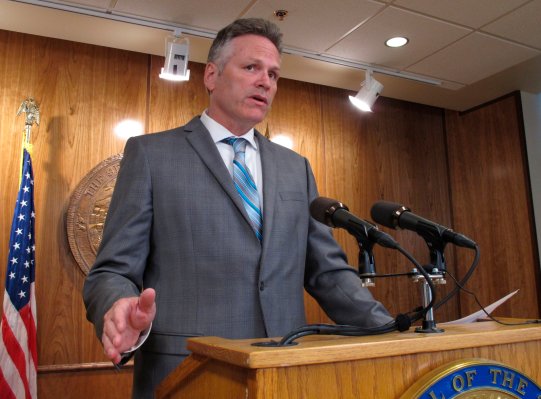 Alaska's State Budget Is Slumping. The Governor's 40% Cut to the University System Could Make It Even Worse
Next Up: Editor's Pick